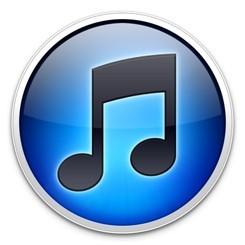 The Wall Street Journal is reporting that Apple is engaged in talks with record labels to create a Pandora-like music streaming service. According to the outlet's sources, the service will be ad-supported and will be accessible from Apple's wide array of hardware -- there's even hope that PC users may be able to catch some of the action. However, it's said that Android devices will be left out in the cold. The sources also say that the company had previously toyed with the idea of a service similar to Spotify with a monthly fee, but that this effort appears more serious. Licenses supposedly being sought by the House that Jobs Built could let them air songs more frequently than competitors and allow for additional interactivity. Since Apple's negotiations are at an early stage, it's expected to take months before the service materializes. At any rate, if you're still jonesin' for something fresh from Cupertino, we hear that something's been cooked up for next week.

Update: The New York Times is now chiming in with a similar report citing three sources of its own.

In this article: Apple, Internet Radio, InternetRadio, iTunes, music, Pandora, radio, Spotify, streaming, The Wall Street Journal, TheWallStreetJournal, Wall Street Journal, WallStreetJournal, WSJ
All products recommended by Engadget are selected by our editorial team, independent of our parent company. Some of our stories include affiliate links. If you buy something through one of these links, we may earn an affiliate commission.
Share
Tweet
Share