Volkswagen shows off ID.4's interior ahead of official debut

'Fortnite' teases a Marvel theme for the next season 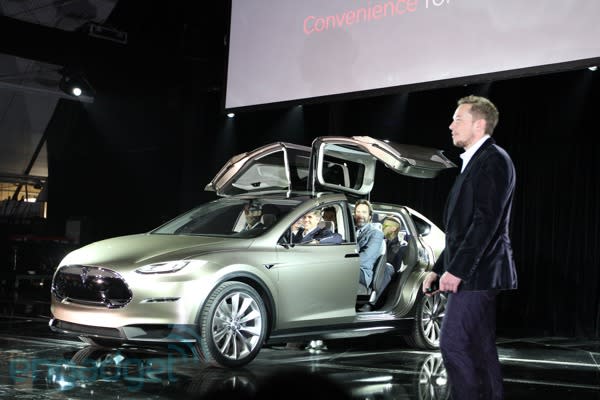 Tesla founder Elon Musk would like to remind you that the Model X isn't the terminus of his company's electric car ambitions. Far from it: Musk tells Wired that Tesla's 2016 plans include both a crossover SUV akin to the BMW X3 as well as a pure sports car that goes beyond just a Roadster redux. The racier vehicle will have speed, but "not supercar pricing," the CEO says. He also elaborated on already-known plans for an 'entry' sedan in 2015, which should resemble a 20 to 25 percent smaller Model S and cost about $30,000 if all goes well. There's a wide gap between promises and reality in all those statements, but Musk has a reputation for largely delivering on target -- which gives us hope that there will finally be Tesla EVs within range of everyday budgets.