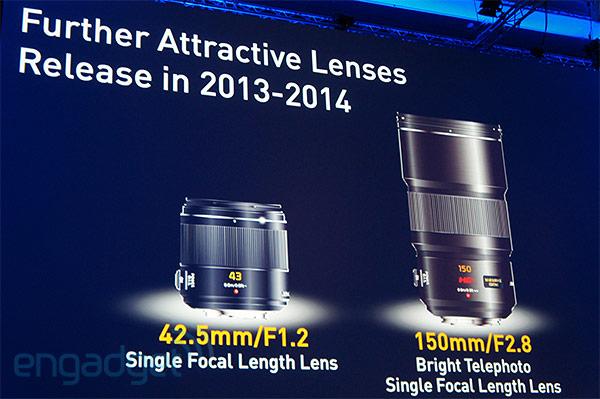 Panasonic further reinforced its commitment to the Micro Four Thirds form factor when it released the Lumix GH3 mirrorless camera today, but the company also announced the development of a pair of prime lenses, set to ship next year or in 2014. Details are spotty at this point (limited to what you see in that slide above, in fact), but you can expect a 42.5mm f/1.2 optic (85mm equivalent) and a 150mm f/2.8 lens, which offers a 35mm equivalent of 300mm. There wasn't even a hint of pricing, but we'd expect both of these offerings to be quite costly, though they'll likely be significantly less expensive than DSLR equivalents.