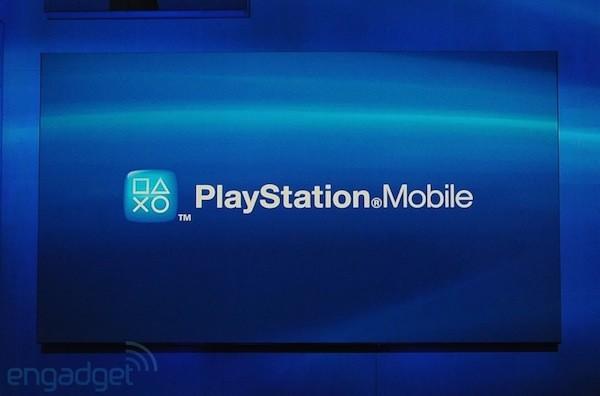 Move over HTC -- both Sharp and Fujitsu are joining Sony's PlayStation Certified program, allowing games in the PlayStation Mobile marketplace to be purchased and played on various portable devices from the two hardware manufacturers. In Fujitsu's case, its ARROW series of smartphones and tablets will carry the PlayStation Mobile titles, while Sharp isn't getting specific just yet.

Beyond the partnership announcement, Sony's PlayStation Mobile SDK comes out of beta this November and becomes available for any developer. Licences cost $100/year, and the SDK becomes available on a region-by-region basis starting with Japan, the United States, Canada, United Kingdom, France, Germany, Italy, Spain, Australia, Hong Kong and Taiwan, allowing for cross platform development on PlayStation Certified devices and the Vita.

Update: The PlayStation Mobile store will launch on October 3rd in nine countries, including Japan, the US, Canada and the UK, carrying 30 titles on the opening day, with more coming as they roll off the production line.

Official Version of PlayStation®Mobile SDK Will Be Available in November

TOKYO, Sept. 19, 2012 /PRNewswire/ -- Sony Computer Entertainment Inc. (SCE) today announced that it will start to deliver dedicated content for PlayStation®Mobile, delivering the world of PlayStation® on open operating system-based devices*1, through PlayStation®Store on October 3. In the dramatically evolving smartphone and tablet market, SCE will offer appealing PlayStation-like content to a variety of popular mobile devices.

The service will start in nine countries including Japan, United States, Canada, United Kingdom, France, Germany, Italy, Spain, and Australia with more countries to follow. At launch, users will be able to enjoy approximately 30 new titles from a variety of genres including Adventure, Action, Puzzle, Sports, and Simulation, at an affordable price point of between 50 yen and 850 yen (including tax)*2, created by third party developers and publishers as well as SCE Worldwide Studios. Further content will be released frequently for PlayStation®Mobile as new titles become available.

SCE also announced Fujitsu Limited and Sharp Corporation will join the PlayStation Certified license program*3. By collaborating with Fujitsu and Sharp which not only have the significant share in the Japanese smartphone market but also offer a wide range of devices across the globe, SCE will deliver the unmatched PlayStation experience to even more smartphone and tablet users around the world.

"We are very pleased to be able to offer exciting PlayStation-like gaming experiences through our products to the customers all around the world" said Itsuki Kouchi, Division Deputy General Manager & Marketing Department General Manager, Global Product Development Center, Communication Systems Group, Sharp Corporation. "Sharp will continue shaping its smartphone development philosophy, "Feel Logic", and one of its elements, "Feel Creation".

SCE will further accelerate the expansion of PlayStation Certified devices and continue to collaborate with content developers to drive the delivery of compelling entertainment experiences through PlayStation Mobile.

*2 Prices in Japan based on the information as of September 19.

*4 The fee is for the US market. The fee differs by countries and regions.

In this article: arrow, fujitsu, mobilepostcross, playstation certified, playstation mobile, playstation vita, PlaystationCertified, PlaystationMobile, PlaystationVita, sdk, sharp, software development kit, SoftwareDevelopmentKit, tgs 2012, tgs-2012, Tgs2012, tokyo game show, tokyo game show 2012, TokyoGameShow, TokyoGameShow2012
All products recommended by Engadget are selected by our editorial team, independent of our parent company. Some of our stories include affiliate links. If you buy something through one of these links, we may earn an affiliate commission.
Share
Tweet
Share