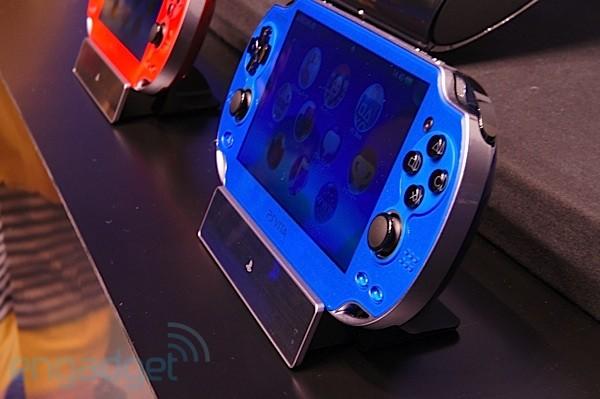 If Sony's handheld wonder lacks the visual pop your discerning sense of style craves, you're in luck: the Vita's getting a new look. Sony teased a rainbow of colorful handhelds at TGS last year, but opted to launch the handheld in a classic black facade and added a white version back at E3 that is slated for October. Now, the outfit has revealed two new options: "cosmic red" and "sapphire blue." The details on pricing and availability are still coming in, but the pair will hit shelves in Japan on November 15th. In the meantime we'll offer details for US and Europe as soon as they become available. 
Sean Buckley contributed to this report.
In this article: blue, cosmic red, CosmicRed, playstation vita, PlaystationVita, ps vita, PsVita, red, sapphire blue, SapphireBlue, sony, tgs 2012, tgs-2012, Tgs2012, tokyo game show, tokyo game show 2012, TokyoGameShow, TokyoGameShow2012, vita
All products recommended by Engadget are selected by our editorial team, independent of our parent company. Some of our stories include affiliate links. If you buy something through one of these links, we may earn an affiliate commission.
Share
Tweet
Share