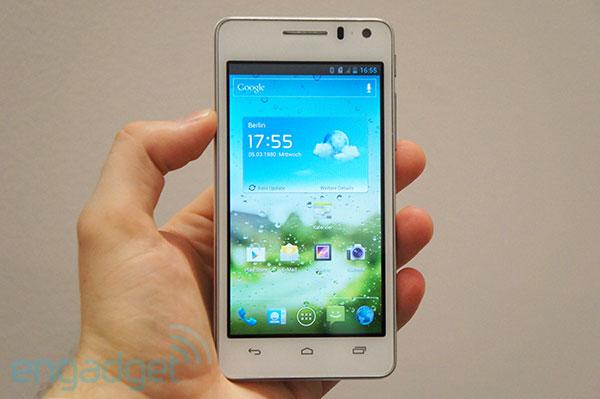 The Huawei Ascend G600 is expected to arrive in Europe sometime this month, but in the meantime, the middle-weight smartphone was recently spotted at the FCC, where it revealed... well, not much. We're able to determine from the test reports that this is, indeed, the handset bound for Europe, as its UMTS / HSPA (3G) capabilities will be limited to the 2100MHz and 900MHz bands. Meanwhile, here in the States, the phone will be limited to EDGE connectivity. The Bluetooth and WiFi components also received a stamp of approval from the FCC, although the inclusion of these components should be a surprise to none. Beyond its connectivity, the Ascend G600 will combine Android 4.0.4 with a dual-core 1.2GHz CPU, a 4.5-inch qHD display and will sell for €300 ($390) whenever it actually hits store shelves.

In this article: android, android 4.0, Android4.0, ascend g600, AscendG600, europe, fcc, google, huawei, huawei ascend g600, HuaweiAscendG600, ice cream sandwich, IceCreamSandwich, minipost, mobilepostcross, mobilepostmini, smartphone, smartphones
All products recommended by Engadget are selected by our editorial team, independent of our parent company. Some of our stories include affiliate links. If you buy something through one of these links, we may earn an affiliate commission.
Share
Tweet
Share