AIAIAI suggests headphones based on one of your Spotify playlists 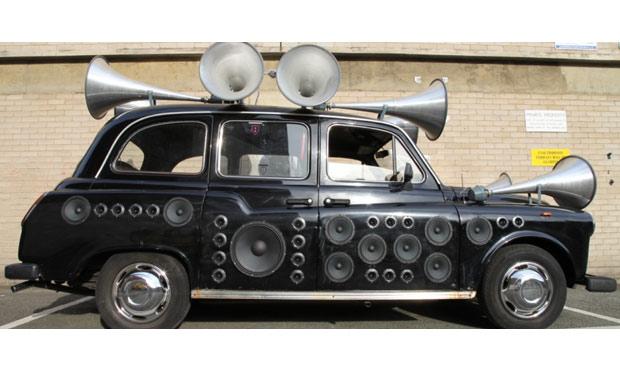 What you see above isn't just another shameless car stereo project, but a black cab that turns the hustle and bustle of city noise into music. The Sound Taxi toured London last week collecting ambient sound pollution with a roof-mounted mic, recycling it through production software and then pumping out real-time mixes on its army of speakers and horns. The mobile disco was a collaboration between headphone company AiAiAi and Yuri Suzuki, with Mark McKeague providing the back-end wizardry which turned clamor into samples into tracks. If you'd like to hear the fruits of their labor, then head over to the Make The City Sound Better website (sourced below) for some uploaded examples of London street beats.