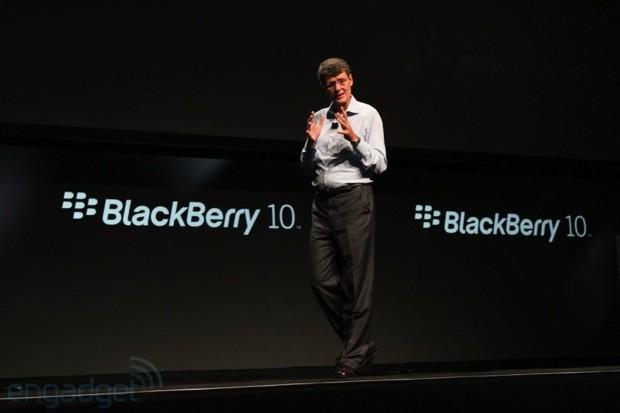 Worried that RIM might face any further delays of BlackBerry 10? Don't be. CEO Thorsten Heins just confirmed at his BlackBerry Jam presentation that carrier testing for the new OS should begin this October, and that the platform launch is still slated for early 2013, as we were told this spring. As he's mentioned in the past, Heins believes carriers are "excited" about the BlackBerry update, implying that this is what's driving the certification process months in advance. Whether or not optimism is alive and well among providers, the news could be a relief for carriers and BlackBerry developers alike, either of which is likely keen to minimize the shift towards an Android-and-iPhone duopoly in the smartphone space. 4
In this article: blackberry, blackberry 10, blackberry jam, Blackberry10, BlackberryJam, carrier, carriers, cellphone, cellphones, mobile, mobilepostcross, research in motion, ResearchInMotion, rim, smartphone, smartphones, thorsten heins, ThorstenHeins
All products recommended by Engadget are selected by our editorial team, independent of our parent company. Some of our stories include affiliate links. If you buy something through one of these links, we may earn an affiliate commission.
Share
Tweet
Share