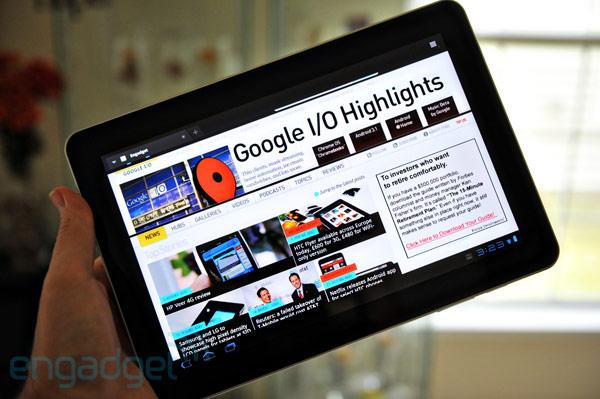 One of the hallmarks of the US judicial system is its seemingly inexhaustible system of appeals -- a system for which Samsung is likely most grateful at the moment. Its earlier entreaty to Judge Lucy Koh to have the Galaxy Tab 10.1 preliminary injunction lifted may have been denied, but the Court of Appeals for the Federal Circuit is giving the Korean company another bite at the Apple. That court has granted Samsung's request to have the injunction issue remanded so that the trial court can re-consider Samsung's motion to dissolve it. The ruling enables Samsung to argue that the injunction should be lifted because the jury failed to find infringement of the tablet design patent upon which the injunction is based. Will Judge Koh lift the ban? Perhaps, but we're pretty sure that the crowd from Cupertino will be doing plenty to prevent that from happening. Stay tuned.

In this article: apple, design patent, DesignPatent, galaxy tab 10.1, GalaxyTab10.1, injunction, intellectual property, IntellectualProperty, judge koh, judge lucy koh, JudgeKoh, JudgeLucyKoh, lawsuit, legal, litigation, minipost, patent, patents, preliminary injunction, PreliminaryInjunction, samsung
All products recommended by Engadget are selected by our editorial team, independent of our parent company. Some of our stories include affiliate links. If you buy something through one of these links, we may earn an affiliate commission.
Share
Tweet
Share