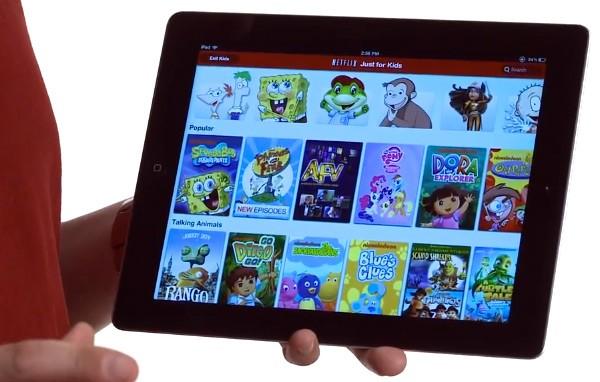 Netflix's Just for Kids portal may already be a parent's ticket to saving money on endless Dora the Explorer DVDs without keeping a constant watch on the screen, but it has so far been left to consoles and the web. That's not much help to movie-loving grownups who'd sometimes like to free the PC or TV for their own streaming sessions -- so it's likely a relief to many that the Just for Kids interface is now available on iPads. Like on bigger screens, the mobile app provides a safe zone for the under-12 set that organizes videos into sections that junior viewers will more likely appreciate, such as sing-alongs and talking animals. For now, Android tablet owners and those holding on to first-generation iPads will be left out. It still shouldn't be too long before more adults can be sure their mobile-savvy kids are watching Curious George instead of Chasing Amy.

In this article: apple ipad, AppleIpad, child-friendly, children, hdpostcross, hdpostmini, home entertainment, HomeEntertainment, ipad, just for kids, JustForKids, kid-friendly, kids, minipost, netflix, netflix just for kids, NetflixJustForKids, streaming movies, streaming video, StreamingMovies, StreamingVideo, video
All products recommended by Engadget are selected by our editorial team, independent of our parent company. Some of our stories include affiliate links. If you buy something through one of these links, we may earn an affiliate commission.
Share
Tweet
Share