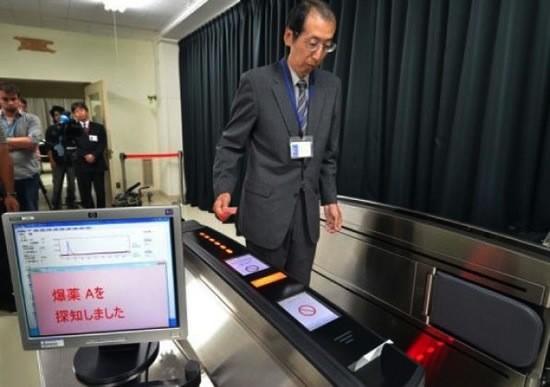 Anyone who's hopped on a flight at a major airport, or even some land-based transit, knows the agonizing wait that certain agencies demand while they scan for explosives and check boarding passes. Hitachi is working with Nippon Signal and the University of Yamanachi to build a new boarding gate that hopefully kills those two security birds with one stone. As you're swiping your boarding pass (or smartphone), the machine also scans it for particle-sized traces of explosive materials and sends the all-clear or no-go in less than two seconds. If all goes well, the system could check up to 1,200 passengers every hour at a single gate -- a rate quick enough to prevent a logjam at even the busiest terminals. Our chief reservations surround its scope. Hitachi has earned enough trust to get trial installations at Narita International Airport and a Tokyo subway station this coming spring, but we have a hunch that some airport officials would demand a more thorough screening, no matter how much it's actually needed.