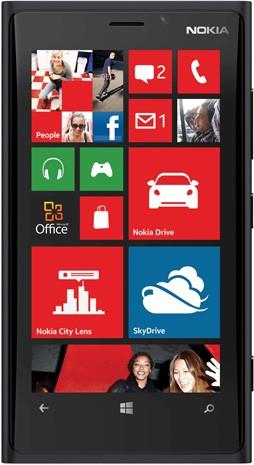 Where goeth AT&T, so often goeth its one-time partner Rogers. That's certainly true for the Nokia Lumia 920: Rogers has confirmed that it will have an exclusive on the Windows Phone 8 flagship in Canada, much as AT&T has a lock on the device in the US. While there's no pricing or color options yet, the Canuck model will share the November shipping window and LTE support, and it's easy to imagine Rogers gravitating towards its signature (and coincidentally patriotic) red. Other Canadian carriers haven't chipped in about the Lumia 820; if history is any indicator, though, we'd anticipate the less expensive portion of Nokia's lineup going Telus' way.

Toronto, October 5, 2012 – Nokia and Rogers today announced that the Nokia Lumia 920 will be exclusively available to Rogers' customers in November, adding its name to the global list of wireless operators selling the Windows Phone 8 device.

"Rogers is proud to bring the new Nokia Lumia 920 to our customers looking for the best unified experience and to further extend our leadership as the carrier with the largest LTE superphone selection in Canada," said John Boynton, Executive Vice President and Chief Marketing Officer, Rogers Communications. "With seamless access to entertainment, sports and business content, the Nokia Lumia 920 offers customers a world leading internet experience powered by the Rogers LTE network."

"Rogers' decision to offer the Nokia Lumia 920 in Canada is another example of the forward momentum behind our Lumia devices as well as the broader Windows ecosystem." said Don Leeke, Canada General Manager, Nokia.

The Nokia Lumia 920 includes the latest advances in Nokia PureView imaging innovation. Using advanced floating lens technology, the camera in the Nokia Lumia 920 is able to take in five times more light than competing smartphones without using flash, making it possible to capture clear, bright pictures and video indoors and at night. It also compensates for hand movement while the photo is being taken.

The Nokia Lumia 920 will operate across the Rogers national wireless network and will take advantage of the fastest mobile network technology in the world when operating on the Rogers LTE network; available in select Canadian cities. Visit www.rogers.com/coverage for details.

Price and other details for the Nokia Lumia 920 to be announced closer to the launch date.