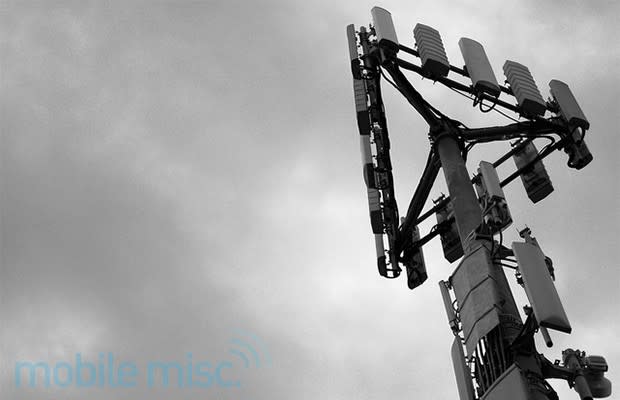 If you didn't get enough in mobile news during the week, not to worry, because we've opened the firehose for the truly hardcore. This past week, FCC Chairman Genachowski weighed in on what must be done to keep the spectrum crunch from becoming a crisis, pricing leaked for the Motorola RAZR HD LTE at Rogers and Japan got a version of the Xperia V to call its own. These stories and more await after the break. So buy the ticket and take the ride as we explore the "best of the rest" for this week of October 1st, 2012.

We previously knew that the Motorola RAZR HD LTE would hit Canada as an exclusive to Rogers Wireless, and while its release date remains up in the air, MobileSyrup has stumbled on the handset's pricing structure. Most importantly, it looks as if the Kevlar-backed smartphone will be available for $100 on a three-year contract, or a hefty $600 outright. As is generally the case, Rogers is providing little incentive for those who commit to just one or two years -- one of the many reasons the carrier is not-so-affectionately referred to as Robbers. [MobileSyrup]

Don't bother busting out the credit card with this one, because it'd be a hell of a shame to be making payments on any smartphone long past its useful life. That said, lovers of all things bling will find that Amosu Couture is now selling a Swarovski Edition Galaxy S III that flaunts over 500 of the little crystals, and just for good measure, it also comes with a calf leather case. Much like its down-to-earth counterpart, the smartphone is available in marble white and pebble blue, although its £2,099 price certainly places it out of the reach of many. For those who already own the Galaxy S III, Amosu Couture is also offering to slather it in crystals for a mere £1,399 -- just think of the savings! [Pocket-lint]

Sources of the Wall Street Journal claim that Huawei is actively seeking advice from investment banks as its leaders are considering taking the company public. While companies often seek IPO funding as a way to rapidly grow their operations, sources claim that Huawei is looking to increase its transparency in hopes that the necessary disclosures would make it more attractive in the contract bidding process. For those who like to keep score, Huawei and its equipment has previously been the target of national security concerns. Sources claim that no decision has been made whether to proceed with an IPO, although a company spokesman said that such a move would take place "when it makes commercial sense." [WSJ]

Sony took the wraps off of the Xperia V for its home turf this week, which has been dubbed the Xperia AX. Like its sibling, the smartphone will feature Android 4.0 with a 4.3-inch 1,280 x 720 display and a dual-core 1.5GHz CPU. Shoppers will also find a 13-megapixel camera, LTE, NFC and infrared capabilities in a handset that's said to be dust and water resistant in accordance with IPX5 / IPX7 standards. No release date has yet to be announced, although Sony claims we'll see it hit the market later this year. [Engadget Japanese (translated)]

If you were under the impression that FCC Chairman Julius Genachowski wasn't happy with the current spectrum allocation in the US, then good on you for paying attention. In fact, the recent pushes for spectrum sharing, removal of regulatory barriers and voluntary selloffs all relate to the National Broadband Plan, first announced in 2010 with the goal of reclaiming 500MHz of spectrum for mobile data use. In all, the FCC believes it's on track to free up at least 300MHz of spectrum by 2015. Naturally, much of this is a gradual process, with regulatory barriers set to be lifted this year, AWS auctions scheduled for next year and its broadcast incentive auctions planned for 2014.

Looking further out, Chairman Genachowski believes the FCC can free up 500MHz of spectrum by 2020, which by his own admission, may not be enough to satisfy the growing demands for mobile data. As such, he's suggested that we must improve spectrum efficiency through use of small cells, smart antennas and compression, in addition to improving wireless receivers so that services may operate more closely on the spectrum chart without interference. Lastly, Chairman Genachowski also pointed to the government's current inefficient use of its allocated spectrum -- a hurdle he expects will require congressional action. [FCC (PDF)]