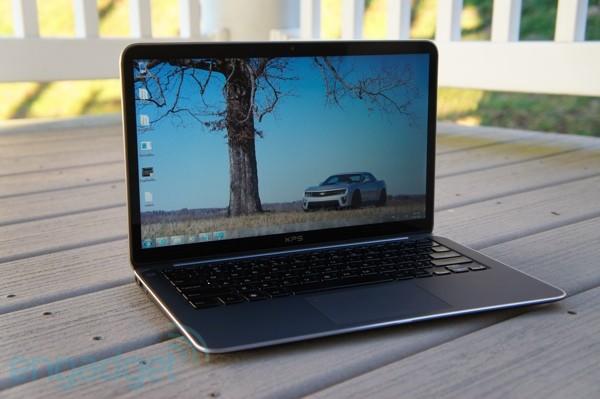 File this under things we could've sworn happened already: Dell is updating its nine-month-old XPS 13 Ultrabook with third-generation Core (read: Ivy Bridge) processors. While the rest of the company's Win 8 lineup isn't shipping until October 26th now, the refreshed XPS 13 should already be live on Dell's site, with the same starting price of $1,000.

Update: A previous version of this article reported that the XPS 13 would be available with a touchscreen. In fact, it will still be offered with non-touch-enabled panels only.

In this article: dell, Dell XPS, dell xps 13, DellXps, DellXps13, iyaz, minipost, refresh, refreshes, touchscreen, touchscreens, Ultrabooks, ultraportable, ultraportables, XPS, xps 13, Xps13
All products recommended by Engadget are selected by our editorial team, independent of our parent company. Some of our stories include affiliate links. If you buy something through one of these links, we may earn an affiliate commission.