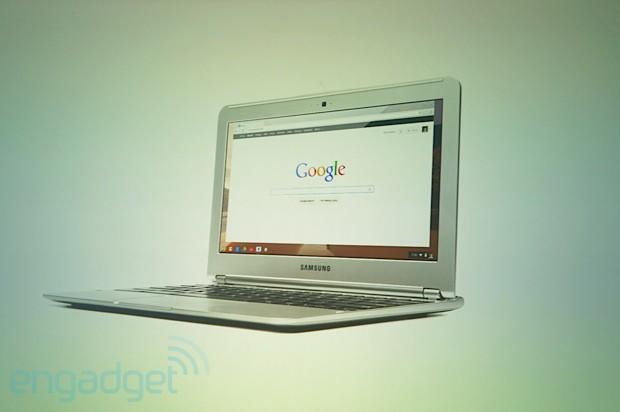 Google just launched the latest iteration of its Chrome OS-based laptop here in San Francisco -- the $249 (or £229, for those in the UK) 11.6-inch Samsung Chromebook. It's ARM-based (fanless), 0.8-inches thick, weighs only 2.43 pounds, runs 6.5+ hours on battery, boots in under 10 seconds and supports 1080p video playback. Pre-orders start today at Amazon and PC World, and the laptop includes Google Now integration using Google Drive as a transport and comes with 100GB of free storage for two years. It will be available for sale on the Play Store and featured prominently at retailers like Best Buy, and naturally, we're expecting this one to make a bigger splash than prior models based on the bargain bin price alone.

Under the hood, there's a dual-core A15-based Samsung Exynos 5 Dual (5250) SoC, 2GB RAM, 16GB of built-in flash storage, WiFi a/b/g/n and Bluetooth, all of which should act to give this Chromebook a lot more oomph compared to slower, earlier models. Other specs include a 1366 x 768 native screen resolution, a USB 3.0 port, a USB 2.0 socket, combo headphone / mic jack, an SD card slot and a "full-size Chrome keyboard." Hit up the links below for the nitty-gritty, or hop on past the break for a promo vid.

Update: Our hands-on with the new Chromebook is live! 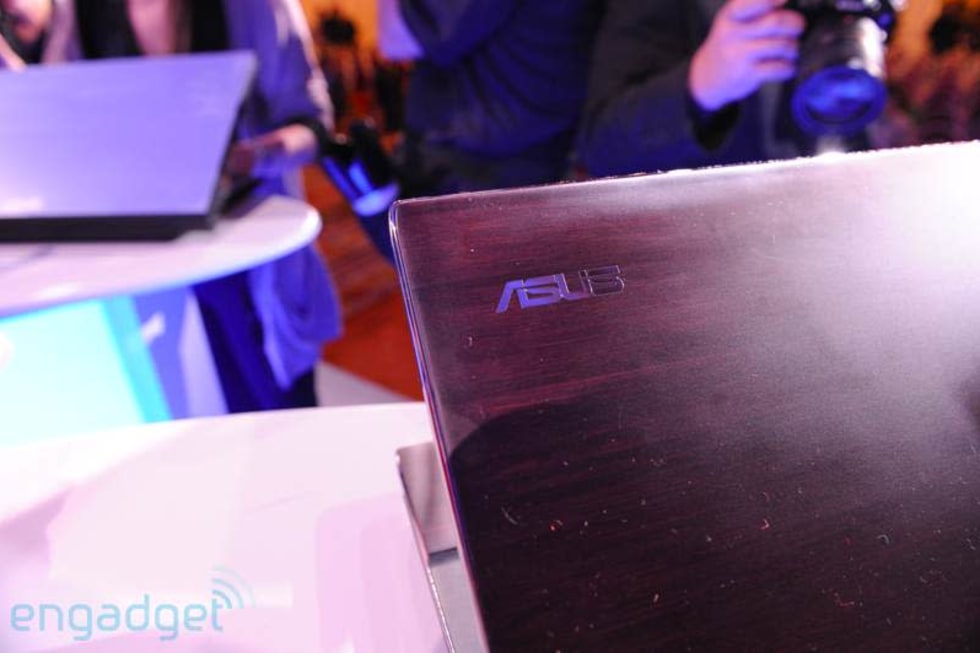 In this article: a15, arm, chrome, Chrome OS, chromebook, ChromeOs, Exynos, Exynos 5 Dual, Exynos5Dual, google, google chrome, Google Drive, Google Now, GoogleChrome, GoogleDrive, GoogleNow, laptop, new chromebook, NewChromebook, notebook, samsung, video
All products recommended by Engadget are selected by our editorial team, independent of our parent company. Some of our stories include affiliate links. If you buy something through one of these links, we may earn an affiliate commission.