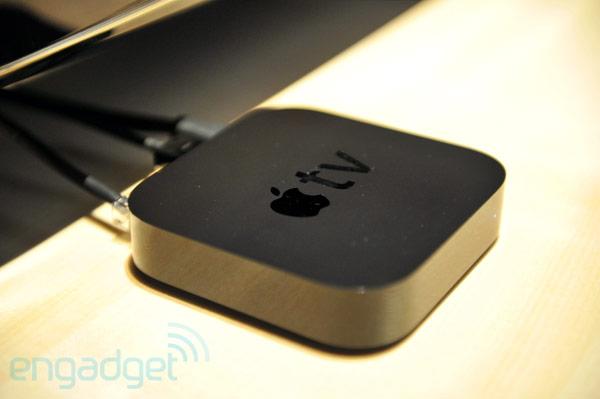 Tim Cook keeps saying it's a hobby, but if Apple keeps selling its little TV hockey pucks at this rate, he may have to change his tune. On Apple's Q4 earnings call today, the company revealed that it's sold 1.3 million Apple TVs this past quarter, for a total of five million sold during this past fiscal year. Despite those sizable sales figures, Cook claimed on the call that the revenue generated by Apple TV is "quite small." That said, his crew in Cupertino will continue to focus on improving the device for its customers -- meaning we can look forward to getting more updates like the improved UI and 1080p support in the coming year.

In this article: apple, apple tv, AppleTv, hdpostcross
All products recommended by Engadget are selected by our editorial team, independent of our parent company. Some of our stories include affiliate links. If you buy something through one of these links, we may earn an affiliate commission.