These 'cathartic' stress robots can take a beating 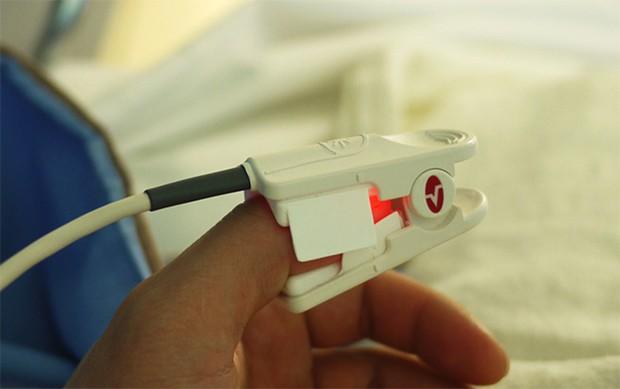 Nintendo may have left its Vitality Sensor by the wayside, but researchers at Boston Children's Hospital are using heart rate monitoring in a video game to teach children with anger issues how to temper their emotions. Dubbed RAGE (Regulate and Gain Emotional) Control, the game tasks players with blasting hostile spaceships while keeping their heart rate from exceeding a predefined limit. If a gamer's pulse rises above the ceiling, they'll lose the ability to shoot until they can ease their pulse back down. A group of 18 kids who received standard treatments and played the game for five, 15-minute-long sessions had better control of their heart rate and lower anger levels than a group that only used traditional treatments. Currently, a controlled clinical trial of RAGE Control is underway and there are plans to take the concept a step further with toys and games suited for younger children. Look out below for the full press release or tap the second source link for the team's paper in the Journal of Adolescent Psychiatry.

Video game with biofeedback teaches children to curb their anger

Oct. 24, 2012
Boston, Mass.,-Children with serious anger problems can be helped by a simple video game that hones their ability to regulate their emotions, finds a pilot study at Boston Children's Hospital. Results were published online October 24 in the journal Adolescent Psychiatry.

Noticing that children with anger control problems are often uninterested in psychotherapy, but very eager to play video games, Jason Kahn, PhD, and Joseph Gonzalez-Heydrich, MD, at Boston Children's Hospital developed "RAGE Control" to motivate children to practice emotional control skills that they can later use in challenging life situations.

The fast-paced game involves shooting at enemy spaceships while avoiding shooting at friendly ones. As children play, a monitor on one finger tracks their heart rate and displays it on the computer screen. When heart rate goes above a certain level, players lose their ability to shoot at the enemy spaceships. To improve their game, they must learn to keep calm.

"The connections between the brain's executive control centers and emotional centers are weak in people with severe anger problems," explains Gonzalez-Heydrich, chief of Psychopharmacology at Boston Children's and senior investigator on the study. "However, to succeed at RAGE Control, players have to learn to use these centers at the same time to score points."

The study, led by first author Peter Ducharme, MSW, a clinical social worker at Boston Children's, compared two groups of 9- to 17-year-old children admitted to the hospital's Psychiatry Inpatient Service who had high levels of anger. To qualify for the study, the children had to have a normal IQ and not need a medication change during the five-day study period.

One group, with 19 children, received standard treatments for anger including cognitive-behavioral therapy, presentation of relaxation techniques and social skills training for five consecutive business days. The second group, with 18 children, got these same treatments, but spent the last 15 minutes of their psychotherapy session playing RAGE Control.

After five sessions, the video gamers were significantly better at keeping their heart rate down. They showed clinically significant decreases in anger scores on the State Trait Anger Expression Inventory-Child and Adolescent (STAXI-CA), and specifically on:

The gamers also had a decrease in suppressed, internalized anger that reached marginal statistical significance. In contrast, the standard-treatment group showed no significant change from baseline on any of the above measures.

The video gamers gave their therapy experience high marks for helpfulness (5 to 6 on a scale of 7). "Kids reported feeling better control of their emotions when encountering day to day frustrations on the unit," says Ducharme. "While this was a pilot study, and we weren't able to follow the kids after they were discharged, we think the game will help them control their emotions in other environments."
More studies in progress

The investigators are now conducting a randomized, controlled clinical trial of RAGE Control in the outpatient clinic at Boston Children's that adds a cooperative component. The children team up with a parent for 10 game sessions at the clinic; if either the parent's or the child's heart rate goes up, neither of them can shoot, forcing them to help calm each other. (Click here for more information.)

The research team plans another clinical trial to test whether letting children take RAGE Control home, to play with parents and siblings, will increase its effect.

In addition, Kahn is spearheading a team effort to develop toys to enhance emotional regulation skills in children too young for RAGE Control. These toys include racing cars that stop if a child gets too excited and, for even younger children, a cooperative game where children try to help each other stack blocks (if heart rate goes up, the table becomes wobbly and the blocks topple).