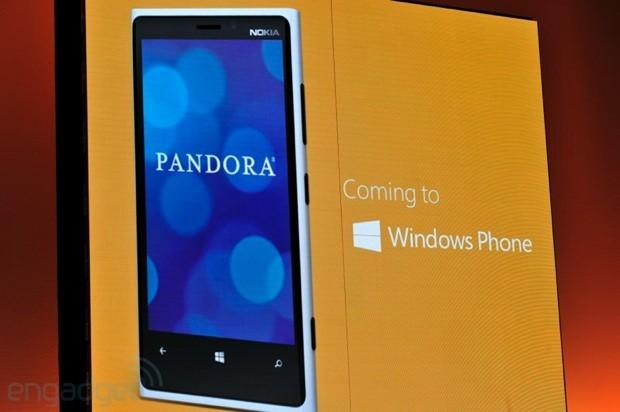 Microsoft knows that Windows Phone 8 is only as successful as its apps. To that end, it's blowing the doors open in terms of major app support. It's not only promising a Windows Phone version of Pandora Radio for early 2013, it's offering ad-free listening for the first year. How's that for strong out-of-the-box content? On top of this, Microsoft is vowing a slew of new apps and games that had previously only been available in the Android or iOS camps, including Asphalt 7, Cut the Rope, Temple Run, Urbanspoon and Where's My Water. By the time the expansion is done, Microsoft hopes to have 46 out of the 50 most popular apps onboard, making any platform switch that much gentler. Instagram is a notable omission -- still, it's a big leap in terms of equality.

Update: If you need even more detail, Microsoft has posted a wider list of new apps as part of its official Windows Phone 8 launch post. If that's not enough, you can catch a video overview of the platform after the break.