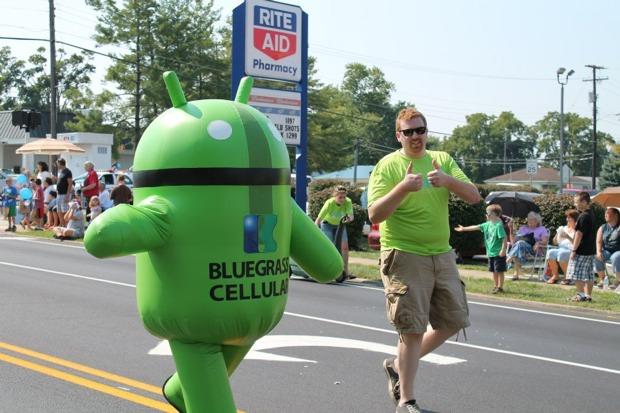 LTE. LTE. More LTE. That's what's currently roaming the minds of wireless carriers in the US of A, and while Verizon, AT&T and Sprint are at the forefront of it all, smaller networks are also looking to get a piece of the "real 4G" pie. The latest one to flip its own Long Term Evolution switch is Kentucky-based Bluegrass Cellular, which was accomplished in large part thanks to Verizon's LTE in Rural America program and is a culmination of an agreement inked back in 2010. With the initial rollout phase, Bluegrass Cellular's expected to cover more than 348,000 folks in cities such as Bowling Green, Glasgow, Radcliff, Bardstown and Elizabethtown, offering subscribers in these areas speeds of around 12Mbps down and 5Mbps up. Naturally, Bluegrass plans on bringing LTE to more of its covered markets, with the outfit noting that it "will continue to expand 4G LTE to additional areas in 2013."

Bluegrass Cellular, a pioneer in the wireless industry in Kentucky, announced today the launch of the first phase of its 4G LTE network as part of the Verizon Wireless LTE in Rural America (LRA) program.

Kentucky cities of Bowling Green, Elizabethtown, Glasgow, Radcliff and Bardstown are among the first to experience significantly faster data speeds on their wireless devices as a result of the network launch.

Ron Smith, President of Bluegrass Cellular said, "This initial launch covers a population area of over 348,000 people in our largest markets and includes the I-65 corridor providing continuous 4G LTE coverage between Louisville and Nashville. We are particularly proud to provide LTE service to Fort Knox and its population of more than 40,000 soldiers, family members and civilian employees."

"Bluegrass Cellular made the decision two years ago to partner with Verizon Wireless as the fastest approach to provide 4G LTE to our customers both locally and nationwide," said Smith. "We are pleased to announce the successful rollout of the first phase of this partnership and look forward to the continued expansion of 4G LTE coverage in the future."

Bluegrass Cellular will continue to expand 4G LTE to additional areas in 2013.

The expanded 4G LTE service means Bluegrass Cellular customers will experience faster picture and video messaging, game and ringtone downloads and data speeds for PDAs, tablets and smartphones, all on the company's reliable nationwide network. The company projects that LTE customers will experience download speeds of 5 to 12 megabits per second (Mbps) and 2 to 5 Mbps for uploading data to a wireless device.

In this article: 4G LTE, 4gLte, Bluegrass, Bluegrass Cellular, BluegrassCellular, Cellular, LTE, LTE network, LteNetwork, minipost, mobilepostcross, mobilepostmini, Verizon Wireless, VerizonWireless
All products recommended by Engadget are selected by our editorial team, independent of our parent company. Some of our stories include affiliate links. If you buy something through one of these links, we may earn an affiliate commission.