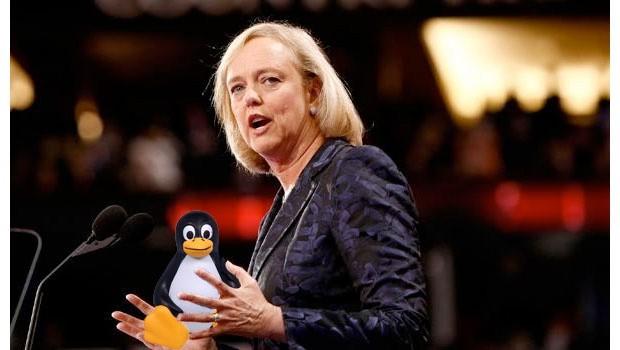 Snagging a first-class upgrade might empty out the contents of your wallet, but be glad you're not trying to buy your way to the Linux Foundation's top table. With a strategic investment of $500,000, Hewlett Packard has just become a platinum member of the body, alongside companies like Intel, Qualcomm and Samsung. In exchange for all that cash, HP gets a seat on the Foundation's board of directors and will have a say in how to advance the foundation's aims -- and hopefully give Open webOS a gentle push, too.

HP's business spans printing, personal computing, software, services and IT infrastructure. The company has long been a contributor to the Linux and open source software communities and is well known for its work on open operating systems as well as the open cloud. With many of its products already running Linux, including servers, printers, networking equipment and more, HP understands that computing is changing rapidly and is prioritizing Linux and collaborative development to advance its development for the future.

By becoming a Platinum member of The Linux Foundation, HP will have a seat on the Board of Directors and will be directly involved in advancing Linux-based initiatives, workgroups, Labs, events, and more that support its business goals.

"With one of the richest and most recognized stories in technology, HP has a history of innovation and market success," said Jim Zemlin, executive director at The Linux Foundation. "Because of this history and innate knowledge of software development, HP understands that Linux and collaborative development can benefit its business across its product portfolio. We're looking forward to the work we can accomplish with HP."

"Linux is a strategic asset for all major technology companies. With our Linux Foundation Platinum membership, we will have a variety of ways to maximize our investment in Linux and collaborative development that advances our own business as well as greater industry innovation," said Eileen Evans, Vice President and Associate General Counsel, Cloud Computing and Open Source, HP.

The Linux Foundation provides a neutral environment where work on Linux, mobile and embedded development, open cloud, and more can be accelerated and advanced. It hosted the industry's first CloudOpen event in August and is home to more than 150 members.

In this article: Hewlett Packard, HewlettPackard, HP, Linux, Linux Foundation, LinuxFoundation
All products recommended by Engadget are selected by our editorial team, independent of our parent company. Some of our stories include affiliate links. If you buy something through one of these links, we may earn an affiliate commission.