Robugtix's 3D-printed T8 spiderbot will terrify your friends for $1,350 (video)

Alt-week 12.01.12: Bigfoot DNA, bombs on the moon and shapeshifting robots

Google to switch on 'semantic search' within months, emphasize things as well as words 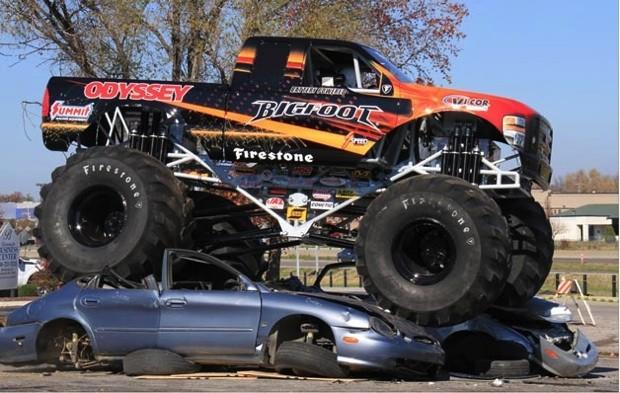 We're used to a lot of sturm und drang when monster trucks come out to play, so it's almost a shock when we don't get any -- and that's what both Ford and EnerSys pulled off earlier this fall. By outfitting Bigfoot 20 with 36 of EnerSys' batteries as well as a 350HP electric motor, the duo has developed what's claimed to be the first proper EV monster truck. The resulting prototype is defined more by what you don't hear than what you do, as you'll see in the video after the break; despite its giant wheels, Bigfoot is so quiet that the cars being crushed are louder. Our childhood selves would be heartbroken at the lack of vroom-vroom sounds, but we'll admit to wanting the all-electric process to go beyond parades and reach live monster truck shows -- if it preserves the planet, our hearing and a weekend tradition at the same time, we can't object.

In this article: bigfoot, ElectricTruck, ElectricVehicle, enersys, ev, ford, monstertruck, truck, video
All products recommended by Engadget are selected by our editorial team, independent of our parent company. Some of our stories include affiliate links. If you buy something through one of these links, we may earn an affiliate commission.