Apple may relaunch its Netflix for magazines service in the spring 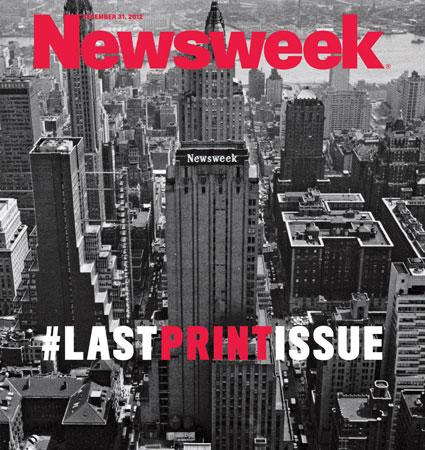 December 31st will mark the end of one of the biggest names in the world of printed news. As noted back in October, however, Newsweek isn't saying die, it's just jumping head first into the warm embrace of digital media. And as the publication revealed via its Twitter account, it will be doing so with a wink and a nod, thanks to a giant #lastprintissue hashtag smack dab in the middle of a classy black and white cover. #godspeed, Newsweek, #godspeed.

In this article: magazines, minipost, newsweek, print
All products recommended by Engadget are selected by our editorial team, independent of our parent company. Some of our stories include affiliate links. If you buy something through one of these links, we may earn an affiliate commission.