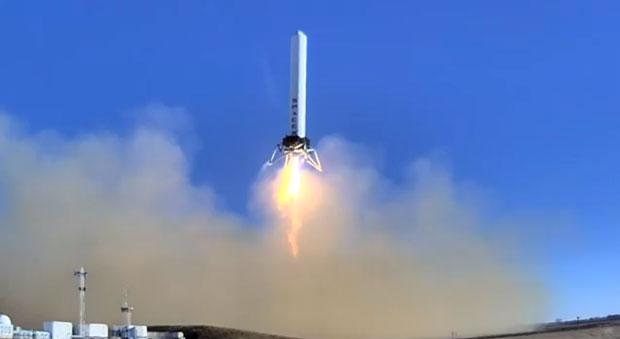 Not to mix Aesop's Fables or anything, but when it comes to the world of commercial space race, sometimes slow and steady is the thing. A couple months back, we watched SpaceX's reusable vertical takeoff, vertical landing rocket, the Grasshopper, nudge its way off the ground. And while this current test isn't exactly the "few hundred feet to two miles" that we were promised, it's quite literally a step in the right direction, at 131 feet, plus some quality hover time. All in all, the test, conducted December 17th in McGregor, Texas, took around 29 seconds to unfold. Relive it in the video after the break.

In this article: elonmusk, grasshopper, rocket, space, spacex, video
All products recommended by Engadget are selected by our editorial team, independent of our parent company. Some of our stories include affiliate links. If you buy something through one of these links, we may earn an affiliate commission.