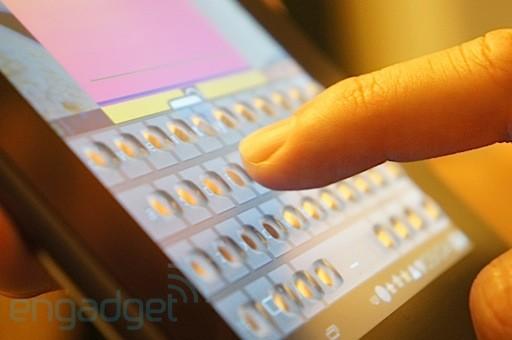 We had opportunity to catch Tactus at SID earlier this year, though with news that the Tactus keyboard was new and improved for CES we had no choice but to take a quick peek. What's new? Well, Tactus has been sampling some new coating materials attempting to reduce glare -- and succeeding -- and to cut down on the controller's size by 70 percent and in so doing also doubled up the speed that the keyboard activates. As a refresher, the system includes a reservoir stored in the device, a controller to move the fluid into the tixels -- yes, tixels, Tactile Pixels -- and software to control the entire system. Once activated, the tixels inflate and become squishy that offer tactile keyboard-like feedback. We like this, though it's still early days, the system works surprisingly well. Application may eventually vary from gaming to accessibility with future offerings adding a complete matrix of independently addressable tixels. Take a peek at the gallery and video after the break. 16
In this article: ces2013, hands-on, tactus, video
All products recommended by Engadget are selected by our editorial team, independent of our parent company. Some of our stories include affiliate links. If you buy something through one of these links, we may earn an affiliate commission.