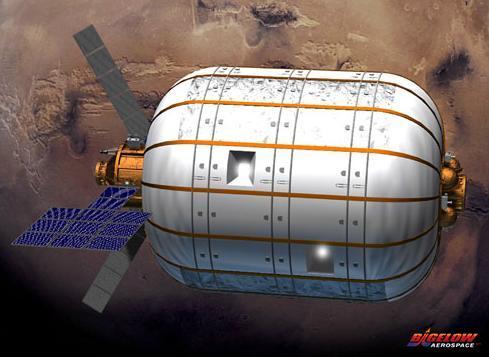 Were you one of those lucky kids whose parents got you an inflatable castle for your birthday party, thus making all the other kids in the neighborhood jealous? You're about to get one-upped. NASA has just signed a $17.8 million contract with Bigelow Airspace to built an inflatable, expandable module to plug into the International Space Station. Bigelow already has prototype habitats orbiting the globe and last year announced a partnership with SpaceX to launch its BA 330 (pictured above) sometime in 2015. Details of the ISS expansion are set to be announced this upcoming Wednesday, giving you just a few more days to gloat about any childhood bouncy-bounce exploits.

In this article: bigelow, bigelowairspace, iss, nasa, spacex
All products recommended by Engadget are selected by our editorial team, independent of our parent company. Some of our stories include affiliate links. If you buy something through one of these links, we may earn an affiliate commission.