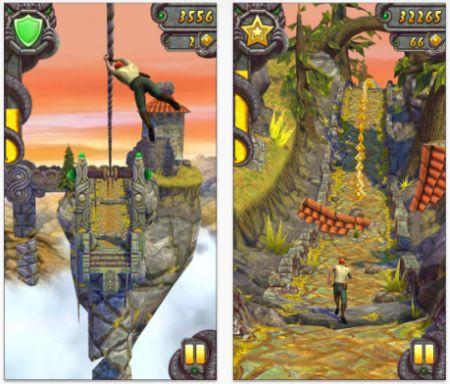 Imangi Studios has struck gold with Temple Run 2. The developer's latest iOS endless running game has been downloaded more than 20 million times since its release just four days ago. In fact, 6 million of those installs took place within 24 hours of launch on January 17. The free game's success isn't totally surprising given the immense popularity of its predecessor, which was downloaded 2.5 million times on Christmas Day alone.

We've been having a lot of fun with the game -- it's pretty hard to put down, frankly -- and according to Imangi's co-founder Keith Shepherd there will be some reasons to keep playing well into the future. In our interview with Shepherd last week, he revealed that the company plans to add new content to Temple Run 2 down the road as it continues to work on its next, as yet unannounced iOS game.

In this article: game, games, gaming, imangi studios, ImangiStudios, iOS, iPad, iPhone, iPod, temple run, temple run 2, TempleRun, TempleRun2
All products recommended by Engadget are selected by our editorial team, independent of our parent company. Some of our stories include affiliate links. If you buy something through one of these links, we may earn an affiliate commission.