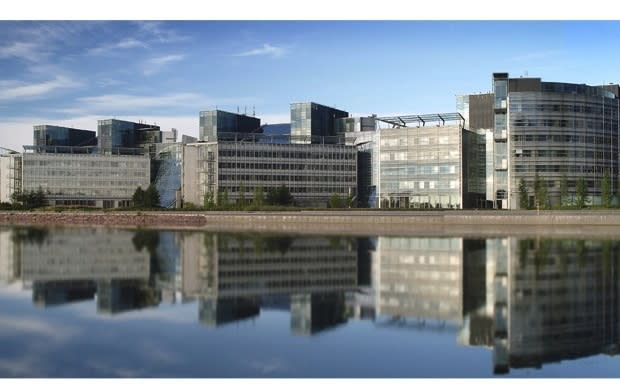 From somewhere atop a Finnish mountain, Stephen Elop is both bellowing and whispering Nokia's fourth quarter and full-year financials. The world's former number one has finally made a quarterly profit, with the final three months of the year raking in $585.7 million. However, the baggage for those previous losses weighed low on the annual report, pinning the company to a $3 billion loss for its overall performance in 2012.

A big chunk of the quarterly profit came from the Nokia Siemens Networks infrastructure business, which chipped in with an operating profit of $334 million, while Nokia's Device business contributed $367 million. Nokia confirmed that it shipped 4.4 million Lumia handsets and 2.2 million Symbian smartphones during this period and, while those numbers are still sliding, the higher margins on phones like the Lumia 920 have had a positive effect on the bottom line. America, however, still hasn't fallen in love with the company's phones, with sales increasing from 300,000 to 700,000 -- but as of yet that's hardly enough to say they've been a big hit.

On the upside, Nokia begins 2013 with a reasonably clean slate. It's cashed out another $250 million donation from Microsoft and has seen its net cash reserves increase for the first time in over a year -- up to $5.8 billion from $4.6 billion in the Autumn. The company has also decided not to grant a dividend to its shareholders for the first time in over a century as it hopes to keep adding to its corporate nest-egg.

In this article: Business, Financials, microsoft, mobilepostcross, Nokia, Windows Phone, WindowsPhone
All products recommended by Engadget are selected by our editorial team, independent of our parent company. Some of our stories include affiliate links. If you buy something through one of these links, we may earn an affiliate commission.