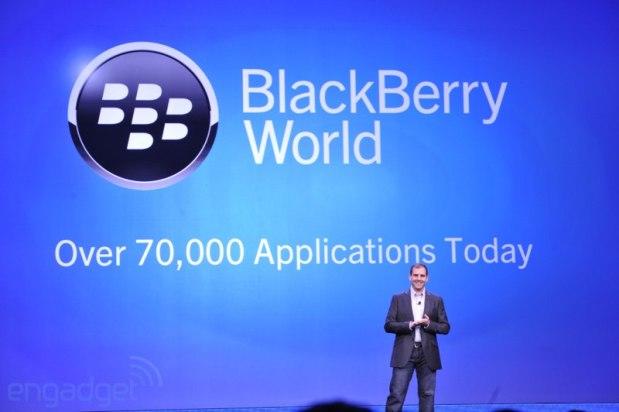 Beyond the several standard applications unveiled today for BlackBerry 10, RIM's got a much, much longer list of standouts from the BlackBerry World store to share. The New York Times, ESPN, and BBC are just a few of the biggies on the list, as well as a flock of Angry Birds heading up the gaming charge. Head past the break for a taste of those 70,000 apps RIM's touting.

(Update January 31st: BlackBerry just sent out a press release with even more app commitments. We've added a link to that release in More Coverage below.) In this article: applications, apps, bb10, blackberry10, blackberryworld, mobilepostcross, rim
All products recommended by Engadget are selected by our editorial team, independent of our parent company. Some of our stories include affiliate links. If you buy something through one of these links, we may earn an affiliate commission.