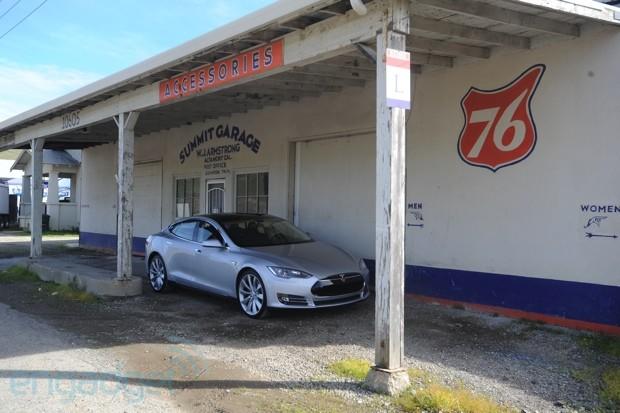 We recently had a chance to put a Tesla Model S through its paces and we had no problem getting where we were going -- and back again -- despite our testing happening in Upstate New York in the middle of a rather chilly January. The New York Times, however, had a bit of a harder time of it. Over the weekend, Times reporter John M. Broder published what can only be called a negative report on a failed trip to one of Tesla's fabled Superchargers. After a series of short charges and a series of drives in a Model S (the very same car we tested, we would add), Broder ultimately ran out of juice and was left stranded, having to tow the car from Branford, CT to the nearest Supercharger, this one in Milford -- about 25 miles away.

Broder blamed the temperature and, ultimately, the car for causing the disappointment -- something Tesla CEO Elon Musk took to Twitter to rebut, saying:

The Times responded (via CNBC) that the report was "completely factual" and that "Any suggestion that the account was 'fake' is, of course, flatly untrue." Musk then took to CNBC himself to talk about a "lengthy detour" Broder took through Manhattan -- something not mentioned in his post.

In our own experiences, we definitely did notice a decreased indicated range immediately after turning on the car, but it quickly rose as they gradually rose to operating temperature. That said, we were never able to eke out the "indicated" range in the cold on either of our lengthy trips -- even those that didn't involve trips through Manhattan.

In this article: elonmusk, models, nytimes, tesla, thenewyorktimes
All products recommended by Engadget are selected by our editorial team, independent of our parent company. Some of our stories include affiliate links. If you buy something through one of these links, we may earn an affiliate commission.