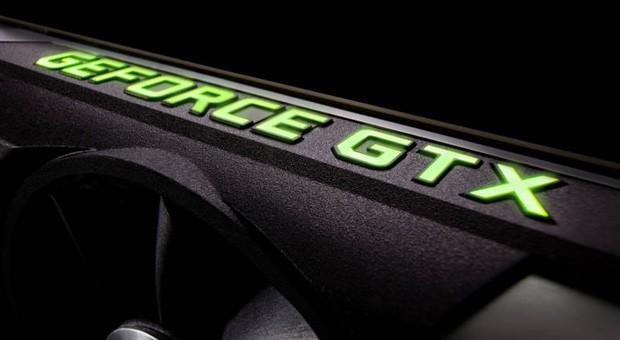 NVIDIA's GeForce GTX 690 currently wears the world's-fastest-graphics crown, unless you count the limited edition Ares II, by cramming two Kepler GPUs onto one mainstream board. When it comes to improving on that, some leaked European retailer listings suggest NVIDIA might not wait on a completely next-gen architecture, but may instead try to deliver similar performance through a less power-hungry single GPU design. The listings, gathered together by TechPowerUp and VideoCardz, point towards a pricey new flagship, the GeForce GTX Titan, that would be a graphics-focused adaptation of the beefy Tesla K20 computing card. It'd pack 2,688 shader units, a 384-bit memory bus and 6GB of RAM, all with one chip -- for reference, the GTX 690 needs two GPUs to offer 3,072 shader units and has 4GB of RAM. There's no confirmed unveiling date, and the primary leak on a Danish site has actually been pulled, but ASUS and EVGA are rumored to be launching their own GTX Titan variants as soon as next week, possibly in the $1,000 to $1,200 ball park. That's a short wait for what could deliver a serious boost to game performance, not to mention bragging rights.

In this article: asus, evga, geforce, geforcegtxtitan, gk110, gpu, graphics, graphicscard, gtxtitan, k20, nvidia, peripherals
All products recommended by Engadget are selected by our editorial team, independent of our parent company. Some of our stories include affiliate links. If you buy something through one of these links, we may earn an affiliate commission.