Amazon's checkout-free tech is heading to other retailers 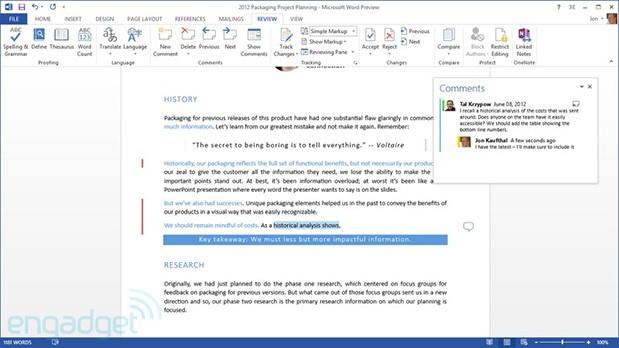 It's no secret that copies of Office 2013 bind themselves to a single computer, but Microsoft has now confirmed to Computerworld that the software's license can't be reassigned to another PC, as is possible with Office 2010. When asked whether a license could be transferred to another machine if the original rig was destroyed, lost or stolen, Microsoft replied with a frosty, "No comment." However, Redmond did mention that the productivity suite could be reinstalled on the same PC after a crash. Just how Ballmer and Co. will enforce the policy remains a bit murky, but it's pretty clear they hope folks who have a penchant for switching up computing environments will be enticed by an Office 365 subscription.

In this article: license, microsoft, MicrosoftOffice, MicrosoftOffice2013, Office, Office2013
All products recommended by Engadget are selected by our editorial team, independent of our parent company. Some of our stories include affiliate links. If you buy something through one of these links, we may earn an affiliate commission.