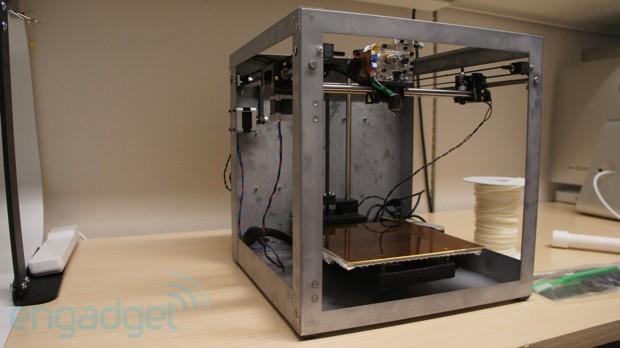 Looking for an "upscale fashion shopping experience" in Russia, Ukraine, Kazakhstan or Belarus? Solidoodle's got your back. The company is set to launch 3D printing stores in those areas, featuring its low cost 3D printers and "lifestyle" items created on said devices. The Russian store is set to be the first to open this summer. The company also used its press conference today to announce plans to sell printers in Brazil, Canada, Korea and Japan, as well as a join initiative with Georgia Institute of Technology's Mars Society to test the devices in "harsh environments like Mars" (places like Utah, apparently). More info on the announcements can be found in an exceedingly enthusiastic press release after the break.

Update: Solidoodle shot us a note to let us know that the retail locations won't be offer existing printers, but rather a "yet-to-be-announced model" from the company. A 4D printer, perhaps? Fingers crossed.

Solidoodle Russia will be a premier 3D­printing industry first for the tech world scene.
Solidoodle also announced plans to expand its global dominance through international distributor initiatives. In partnership with Brazilian company Linotech 3D, Solidoodle 3D printers will be made readily available to the Brazilian public. Also on the horizon, Solidoodle is due to announce additional distribution channels with partners in Canada,. Korea and Japan.


● Solidoodle has partnered up with the Georgia Institute of Technology's Mars Society to provide this prolific space expedition research with a Solidoodle for its Desert Research Station in Hanksville, Utah. Team members of the Georgia Tech Mars Society will print parts to test their strength for research on their viability for use in in harsh environments like Mars.' The team will also use the Solidoodle for outreach to high school students, allowing them to design experiments and us to make them while in Utah.
● The The John Ed Keeter Public Library located at 355 W. McLeroy Blvd., in Saginaw, Texas Library has become the first Public Library in Texas to have it's public use a 3d printer
● Solidoodle has joined forces with Ensemble to launch the Solidoodle Manhattan 3D Pavilion located in Bryant Park.
● Solidoodle opened it's first pop up store, instantly selling out all it's printers at 3Dea's Openhouse at the Evanti Hotel
● Solidoodle has signed a deal with the Tech Museum to exhibit the Solidoodle 3 as well as utilize the Solidoodle for education and art programs.

In this article: 3d printer, 3d printing, 3dPrinter, 3dPrinting, solidoodle, store
All products recommended by Engadget are selected by our editorial team, independent of our parent company. Some of our stories include affiliate links. If you buy something through one of these links, we may earn an affiliate commission. 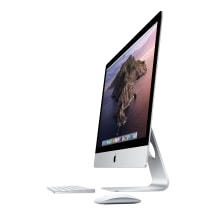