Microsoft isn't giving up on VR and AR yet 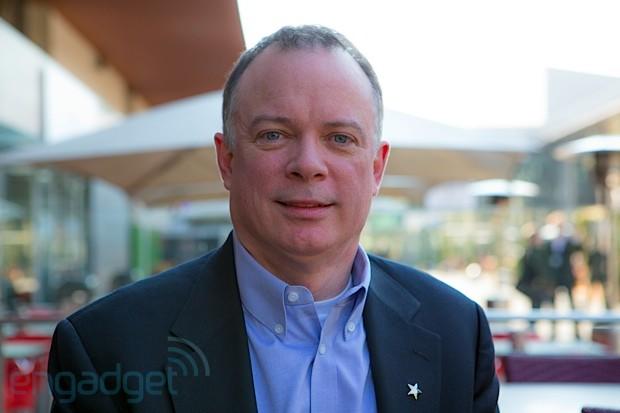 We caught up with Greg Sullivan -- senior product manager of Windows Phone -- for an early morning chat during Mobile World Congress. He was kind enough to give us an update on the state of Microsoft's mobile OS, which has apparently experienced a four-fold increase in sales since version 8 launched last fall and is taking share away from Android in the UK. We discussed the delightful user experience provided by lower-end Windows Phone 8 handsets like Nokia's Lumia 620 and asked how Microsoft plans to satisfy power users at the higher-end of the spectrum who are still missing critical features such as proper notifications, quick settings and CalDAV / CardDAV support (to name a few). It's clear that the company's aware of these shortcomings and is working to remedy most of them in a future release. We also talked about the ecosystem, what Microsoft is doing to improve app quality, how it meshes with Windows 8 / RT and whether the company is looking to expand its partnership beyond existing device manufacturers. Look for our full video interview after the break.

In this article: Greg Sullivan, GregSullivan, interview, microsoft, minipost, mobilepostcross, mobilepostmini, MWC, MWC 2013, mwc2013, video, Windows Phone, Windows Phone 8, WindowsPhone, WindowsPhone8
All products recommended by Engadget are selected by our editorial team, independent of our parent company. Some of our stories include affiliate links. If you buy something through one of these links, we may earn an affiliate commission.