NVIDIA and Mercedes partner to create a next-gen car computer 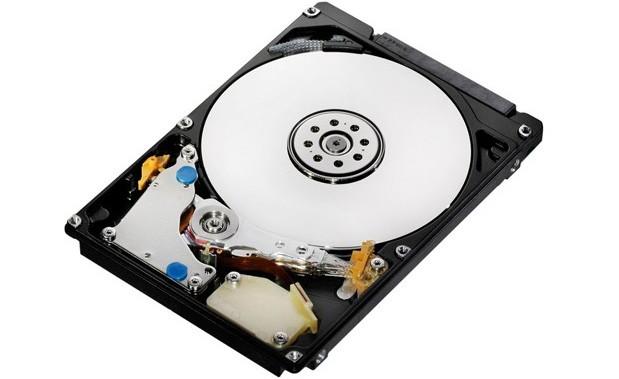 Hard drive makers are in a race to boost capacities and keep spinning disks at least a beat ahead of flash drives on the value curve. We've seen some exotic developments as a result, but HGST wants to go the extra mile by relying on two breakthroughs at once. Its future storage primarily takes advantage of self-assembling polymer molecules that align themselves into rows. By first splitting the molecules into very small lines and then using an equally rare nanoimprinting technology to put them into circular tracks, HGST can create platters with a 10 nanometer-wide bit pattern that's twice as dense as current hard drives. The technique should hold up in the real world despite ditching typical photolithography, the company says: the nanoimprinting remains useful in the error-prone world of storage, and it should scale as the patterns get smaller. If only the drive designer had a roadmap -- while the company has a tendency to bring its research to market, the lack of a timetable hints that we won't see these nanoimprinted drives very soon.

HGST Labs announced today they have combined two innovative nanotechnologies -- self-assembling molecules and nanoimprinting -- to create large areas of dense patterns of magnetic islands only 10 billionths of a meter (10 nanometers) wide. These features are only about 50 atoms wide and some 100,000 times thinner than a human hair.

"As creators of the original hard disk drive, we are proud to continue our heritage of innovation with today's nanotechnology advance," said Currie Munce, vice president, HGST Research. "The emerging techniques of self-assembling molecules and nanoimprinting utilized at the HGST Labs will have an enormous impact on nanoscale manufacturing, enabling bit-patterned media to become a cost-effective means of increasing data densities in magnetic hard disk drives before the end of the decade."

HGST's discoveries in nanolithography overcome the increasing challenges associated with photolithography. Long the preferred technology among the semiconductor industry for achieving successively smaller circuit features using traditional ever-shorter wavelengths of light, improved optics, masks, photosensitive materials and clever techniques, photolithography advancements have slowed as ultraviolet light sources have become too complex and expensive.
HGST is becoming a leading player in nanolithography. Today's announcement represents a creative answer to the problems with photolithography and has grown out of the storage industry's unique technical and strict cost targets. HGST nanolithography achievements come at a critical juncture for storage drives as cloud computing, social networking and mobility create an ever increasing amount of content that must be stored, managed and accessed efficiently.

Self-assembling molecules use hybrid polymers, called block copolymers, composed of segments that repel each other. Coated as a thin film on a properly prepared surface, the segments line up into perfect rows. The size of the polymer segments determines the row spacing. After polymer patterns are created, a chip-industry process called line doubling makes the tiny features even smaller, creating two separate lines where one existed before. The patterns are then converted into templates for nanoimprinting, a precision stamping process that transfers the nanometer-scale pattern onto a chip or disk substrate. A key challenge proved to be preparing the original surface so the block copolymers form their patterns in the radial and circular paths necessary for rotating disk storage. HGST is the first to combine self-assembling molecules, line doubling and nanoimprinting to make rectangular features as small as 10 nanometers in such a circular arrangement.

Today's announcement provides a roadmap for how to cost effectively create the magnetic islands at densities much beyond today's capabilities. The bit density of HGST's 10-nanometer pattern is double that of today's disk drives and lab tests show excellent initial read/write and data retention. When extended to an entire disk, the nanoimprinting process is expected to create more than a trillion discrete magnetic islands.

"We made our ultra-small features without using any conventional photolithography," Albrecht said. "With the proper chemistry and surface preparations, we believe this work is extendible to ever-smaller dimensions."

Because self-assembling molecules create repetitive patterns, researchers expect they will be best suited to making bit-patterned magnetic media for disk drives, uniformly spaced regions for computer memories, various wiring contacts and other periodic features of other types of semiconductor chips. Nanoimprinting and self assembling molecules are also most easily introduced in defect-tolerant applications such as disk drives or memory, even as the industry works to perfect the technologies for more demanding applications.

In this article: drive, harddrive, hgst, nanoimprinting, self-assembling, self-assemblingmolecules, storage, wd
All products recommended by Engadget are selected by our editorial team, independent of our parent company. Some of our stories include affiliate links. If you buy something through one of these links, we may earn an affiliate commission.