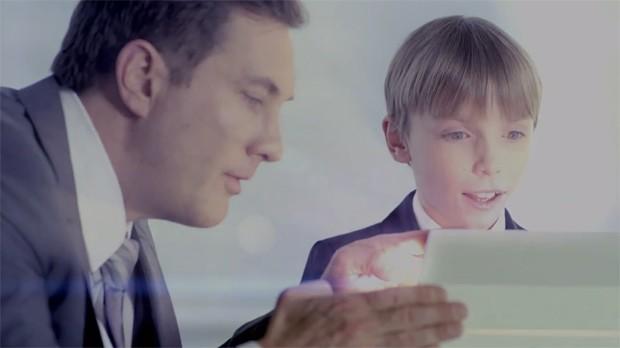 At least one person knows exactly what the much-hyped Galaxy S IV looks like: Samsung's "secret messenger" Jeremy. In a video posted to Facebook, Samsung plugs its upcoming Unpacked 2013 event where we're sure to see the new flagship, and inspires envy by letting young'un Jeremy have a quick peek. If the end of the clip is anything to go by, he's probably had a quick hands-on with it, too. It's only 10 days until we get a look at it ourselves, but the video does leave us wondering whether it was the S IV in that suitcase in Pulp Fiction all along. Check out the vid for yourself after the break.

Update: Samsung has kicked off the week with yet another video teaser, pointing towards that 'big day' and adding the phone comes in Jeremy's favorite color -- whatever that is.

Update 2: Need another teaser? Of course you do, and the latest one posted by Samsung Tomorrow features a dance troupe in times Square getting the people ready for the big unveiling. If there's anything to gain from this video, it's that the white/black theme some have noticed (Jeremy's tie and the curtains on his windows) is continued in the dancer's outfits and the signs they're holding. A hint at his "favorite color" or just a sign we've been poring over these rumors for too long? You decide, the video is after the break.

In this article: galaxys4, galaxySIV, jeremy, mobilepostcross, samsung, samsungunpacked2013, SIV, teaser, unpackednyc2013, video
All products recommended by Engadget are selected by our editorial team, independent of our parent company. Some of our stories include affiliate links. If you buy something through one of these links, we may earn an affiliate commission.