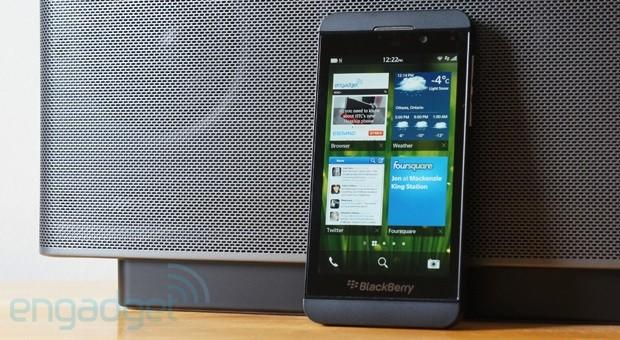 Most of the worry about BlackBerry's market share has centered around its once-certain corporate and government clientele: when even stodgy institutions have either embraced Bring Your Own Device policies or have switched platforms outright, nothing has seemed safe. The company may be clawing back some stability through a newly approved deal with Germany's Federal Office for Information Security. The government agency has reportedly agreed to buy 5,000 BlackBerry Z10 phones for its staff, all of which will be locked down with Secusmart protection for data, messaging and voice. We wouldn't call it a full comeback when there's been just a few weeks for such deals. Still, the purchase is a very public endorsement for BlackBerry at a time when it's not clear that large-scale customers will remain faithful.

In this article: blackberry, blackberry10, blackberryz10, federalofficeforinformationsecurity, germany, government, minipost, mobilepostcross, mobilepostmini, secusmart, smartphone, z10
All products recommended by Engadget are selected by our editorial team, independent of our parent company. Some of our stories include affiliate links. If you buy something through one of these links, we may earn an affiliate commission.