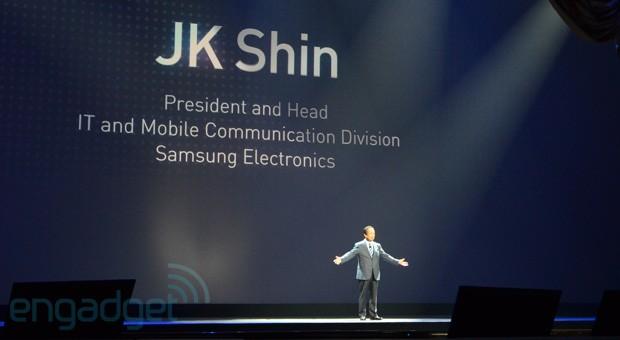 You don't need to be Captain Subtext to understand that a few manufacturers (and developers) aren't best pleased with Microsoft's latest mobile products. The latest to damn Redmond with faint praise is Samsung's newly-minted Co-CEO, JK Shin, who told The Wall Street Journal that demand for Windows-based phones and tablets isn't sending the company's accountants cross-eyed with glee. When asked about Samsung's relationship with Microsoft after the latter deepened its ties with Nokia, Shin said:

"Smartphones and tablets based on Microsoft's Windows operating system aren't selling very well. There is a preference in the market for Android. In Europe, we're also seeing lackluster demand for Windows-based products."

Which, naturally, has done nothing to scotch those persistent rumors of the ATIV Tab being axed in Europe as well as the US. The CEO added that we can expect to see a Tizen-based phone in the third quarter of the year, although Samsung will continue to flirt with every available OS for the needs of its customers.

In this article: JK Shin, JkShin, microsoft, mobilepostcross, samsung, Windows, Windows Phone, Windows RT, WindowsPhone, WindowsRt
All products recommended by Engadget are selected by our editorial team, independent of our parent company. Some of our stories include affiliate links. If you buy something through one of these links, we may earn an affiliate commission.