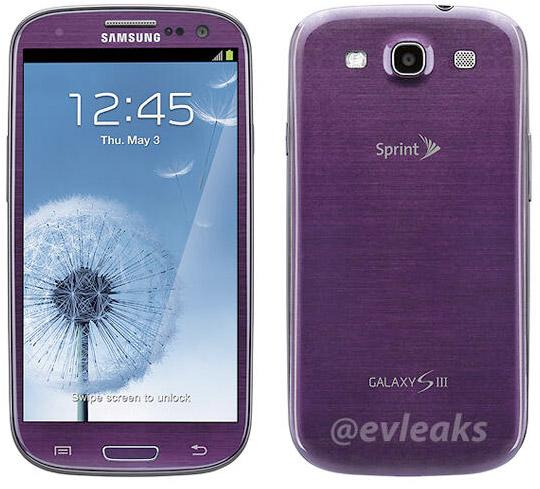 Starting next month, Sprint loyalists will likely be able to get their paws around the Galaxy S 4. Or, if the budget has been a bit tight, a brand new Galaxy S III. The image above has been posted by the typically-reliable evleaks, showing off a heretofore unannounced purple edition of one of Samsung's cash cows. We aren't given too many details beyond a proposed April ship date, but one can only expect it to be offered for a song given the imminent arrival of its successor. To date, the GS III has been issued in red, white, grey, brown and black -- clearly, the only thing missing is a version that Willy Wonka himself would endorse.

In this article: android, color, galaxy s iii, GalaxySIii, leak, leaked, minipost, mobilepostcross, mobilepostmini, purple, samsung, smartphone, sprint
All products recommended by Engadget are selected by our editorial team, independent of our parent company. Some of our stories include affiliate links. If you buy something through one of these links, we may earn an affiliate commission.