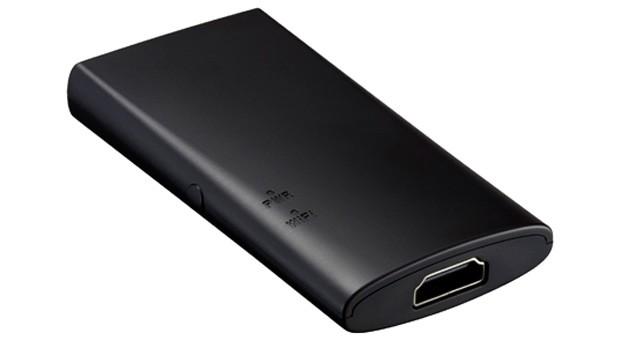 It's easy to snag a Miracast-capable device if you're willing to shop for a brand new TV or a set-top box. but it's much tougher if Miracast is the only thing you're looking for. Minimalists will be happy, then, that Panasonic just released a dedicated adapter for the job. Plug the very utilitarian-looking brick into an HDMI jack and you can wirelessly stream HD-grade video from any supporting device on the same WiFi network; Panasonic would naturally prefer that it's the company's new Eluga X smartphone. The adapter is so far only available in Japan for an estimated and rather steep ¥8,980 ($95), although we're hoping that it eventually crosses the Pacific at a price that befits the narrow focus.

In this article: adapter, elugax, hdpostcross, hdpostmini, japan, minipost, miracast, panasonic, smartphone, streaming, television, tv, video
All products recommended by Engadget are selected by our editorial team, independent of our parent company. Some of our stories include affiliate links. If you buy something through one of these links, we may earn an affiliate commission.