Google Play Books recently launched for India; it's only fitting that locals get some hardware to read with. Accordingly, Google just opened device sales for India through Google Play, beginning with the Nexus 7. The initial offering is decidedly modest and includes just the 16GB WiFi version of the reference tablet, which costs 15,999 rupees ($294) and should deliver by April 5th. While that doesn't provide the selection that we know in some countries -- and the Nexus 7 definitely isn't one of the cheaper tablets Indians will have seen -- it's an important step toward creating a truly complete Google Play ecosystem in an influential country.

In this article: android, google, googleplay, india, minipost, nexus7, tablet
All products recommended by Engadget are selected by our editorial team, independent of our parent company. Some of our stories include affiliate links. If you buy something through one of these links, we may earn an affiliate commission. 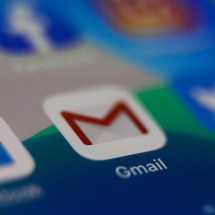