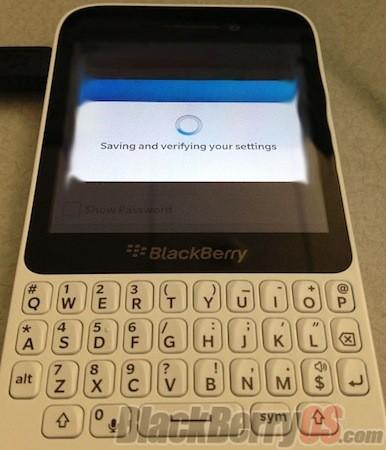 If BlackBerry's Z10 and QWERTY-keyboard equipped Q10 aren't enough for you, how about a successor to the venerable Curve series? This image popped up on the BlackBerryOS forums and purports to be an "R-Series" device that will fill the lower-end hole in the lineup, with 8GB storage, less RAM, the QWERTY keyboard you see and side mounted SIM and SD card slots. Meanwhile, BlackBerry Empire has posted a diagram of the supposed device which shows off the externally accessed ports and suggests a $300 - $400 off-contract price. The screen's blurred edges can be explained by the placement of serial numbers seen on earlier BlackBerry 10 developer units, however we may not know if there's truth to this rumor until the supposed Q3 / Q4 release window arrives.

In this article: blackberry, blackberry10, curve, leak, mobilepostcross, qwerty, r10, rseries, rumor
All products recommended by Engadget are selected by our editorial team, independent of our parent company. Some of our stories include affiliate links. If you buy something through one of these links, we may earn an affiliate commission.