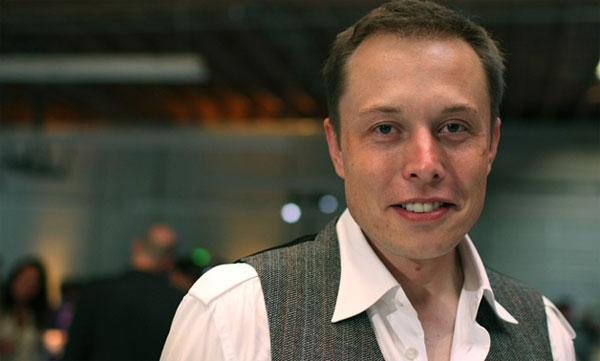 "It doesn't help to have a car that's cheap, but that sucks." This isn't the sort of direct language that you typically hear from a CEO these days, but this is exactly the kind of material you can expect from Tesla co-founder and CEO Elon Musk. Over the course of our conversation, Musk (who earlier co-founded PayPal and who also heads up SpaceX) went on the record calling journalists who didn't understand the benefits of leases "dumbasses" and pledged that use of the company's Supercharger stations will always, forever and ever, be free. Candid responses such as these are not new for Mr. Musk, having certainly caused some turmoil in the past, and they do make for quite an interesting interview. Join us as we explore why the cheapest Model S was scrapped and we ask just when we can expect the fabled, and truly affordable, third-generation Tesla.

As of now, the cheapest Model S one can buy is the $70,000, 60 kWh option, which just a week ago was the mid-tier model. The 40 kWh tier was unceremoniously killed on April Fools' Day. Few had shown interest in that most accessible version, which accounted for only about 4 percent of total orders, but there was more to it than that. "Customers recognized that it was really a hobbled car, the equivalent of a hobbled horse," Musk tells us. He believes that people want the Model S to be their primary car, and a car with such limited range wouldn't fill that role.

It lacked performance, too, compared to the higher-spec models. "When we were testing the 40 kWh pack, it was kind of a sluggish car," he says. "It didn't feel good. It didn't feel like a Tesla. It felt like a mediocre car." Musk, of course, doesn't want to build mediocre cars, which brings us to the monumental challenge his company faces in releasing its so-called third-gen car, the one that will sell for half as much as a Model S.

"Going from the Roadster to the Model S, the cost dropped by about half, and I think we can do that again."

"That's about three to four years out," says Musk. "Hopefully 2016, but I would say no later than 2017." To get there, the company has a significant engineering task ahead of it, having to reduce the cost of the battery pack and the electric drivetrain by 50 percent just to have a chance. "Economies of scale will help with that, and it'll be a slightly smaller car, so that'll help too ... Going from the Roadster to the Model S the cost dropped by about half, and I think we can do that again."

And this is where it becomes a game of reducing cost without compromising quality. "The trick is: how to build a compelling affordable car. It doesn't help to have a car that's cheap, but that sucks," he says. And what of the Model X SUV, which was recently delayed a year?

The Model X is definitely going to be a better car, more smoothly executed as a result of our experience with the S. But, right now, we're highly focused on quality, production efficiency and service.

Service, Musk believes, is one of the company's shortcomings at the moment and it's the area he's most closely focused on improving. EVs, by nature, require less maintenance than your average car -- no oil to change, timing belts to replace, etc. -- but those who do find themselves in need of some repair have often had long waits for parts. "I think we've got a great product, but I don't think we've got great service ... It has to be the best service. I will not abide by anything less than that."

Musk admits it's not a glamorous task or one he's fond of, but it's an important one. He has a game plan, he says, to create "the best service program of any car" -- something he slyly indicates we'll be learning more about in roughly a week's time.

"Superchargers will always be free. They will be free forever."

And that's not all the teasing. Musk also promises a major announcement regarding the company's Supercharger network is due in just two weeks. "It's a very exciting and dramatic -- really dramatic -- increase in the number of Superchargers and in what Superchargers can do. I think people will be really psyched." Musk assures us that the company will meet its goal of 100 Supercharger stations, initially pegged for 2015, well earlier and that usage of those stations will "always be free." Always? "They will be free forever."

Like him or not, you have to admire his drive and his candor, and while this week's leasing announcement was perhaps not quite worthy of all the anticipation that led up to it, we're still looking forward to hear what's next for America's premiere EV manufacturer.

In this article: elonmusk, interview, models, modelx, supercharger, tesla
All products recommended by Engadget are selected by our editorial team, independent of our parent company. Some of our stories include affiliate links. If you buy something through one of these links, we may earn an affiliate commission.