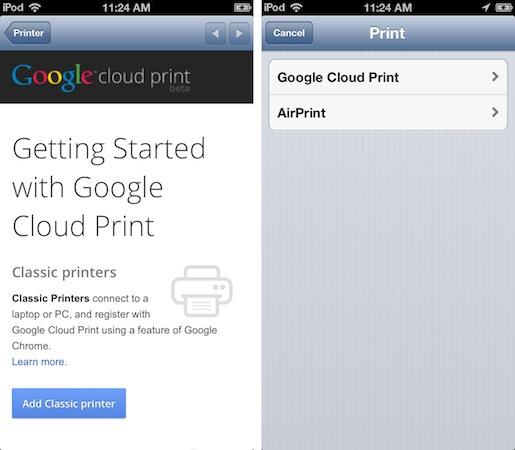 It's been a little less than a year since Google first gave iPhone owners access to its favored browser, and since then, Big G has been adding more and more features to Chrome for iOS -- Blink, and you might miss an update. Well, the eagle-eyed folks at The Next Web spotted another update today that brings Google Cloud Print, the ability to save pages as PDFs to Google Drive and fullscreen page-viewing mode. Version 26.0.1410.50 also boasts AirPrint functionality and the usual smattering of bug fixes and stability improvements as well. In related news, Google also updated its Search app for iOS with a few unnamed improvements and bug fixes, too. A good day for Google fans with Apple phones, but to reap the rewards of Big G's latest, you'll want to hit the source links below.

In this article: airprint, apple, chrome, CloudPrint, google, ios, update
All products recommended by Engadget are selected by our editorial team, independent of our parent company. Some of our stories include affiliate links. If you buy something through one of these links, we may earn an affiliate commission.