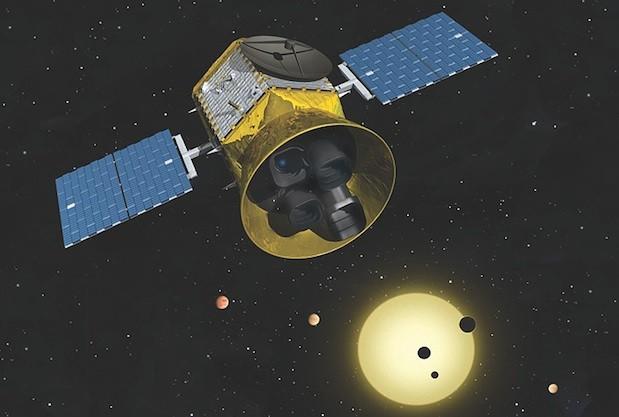 NASA's Kepler space telescope hasn't exactly been a slouch when it comes to planet hunting, but that effort will soon be getting a considerable boost courtesy of a new mission selected by NASA as part of its Explorer program. Dubbed the Transiting Exoplanet Survey Satellite (or TESS), this new space telescope will one-up Kepler with the ability to perform an all-sky survey (an area 400 times larger than previous missions) to search for transiting exoplanets, with an eye towards planets comparable to Earth in size. TESS was developed by an MIT-led team, and will be placed in what they describe as a new "Goldilocks" orbit, allowing it to travel close enough to the Earth every two weeks for a high-speed data downlink while still remaining safely beyond the harmful radiation belts. It's now set for launch in 2017, when it will be joined by the Neutron Star Interior Composition Explorer (NICER), an addition to the International Space Station also selected as part of the Explorer program last week that will use a process called X-ray timing to study neutron stars.

In this article: exoplanets, nasa, nicer, planets, space, SpaceTelescope, tess
All products recommended by Engadget are selected by our editorial team, independent of our parent company. Some of our stories include affiliate links. If you buy something through one of these links, we may earn an affiliate commission.