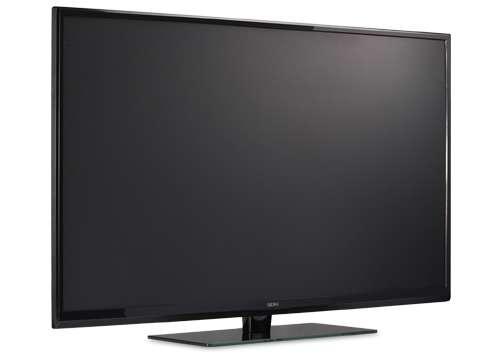 When Seiki's 4K TV set popped up on retail listings with a price that's just a fraction of what we've seen from its more expensive rivals, we were almost convinced it was a site glitch -- that couldn't be real, could it? The company would like to reassure us that it's quite serious. The 50-inch Ultra HD set is officially shipping to the US later in April, and it will still carry that regular $1,500 price tag when sales expand from TigerDirect (which claims to have stock today) to include Amazon and QVC, among others. We'd remain cautious about leaping in when Seiki is trying to skip a year or three of the usual commoditization process, but those who insist on their 4K bragging rights won't have long to wait before they can start boasting.

DIAMOND BAR, Calif. – April 15, 2013 – Building upon its reputation as the value-driven HDTV maker for today's value-conscious consumers, SEIKI Digital, Inc. (www.SEIKI.com), introduces its 50-inch class LED 4K2K Ultra High-Definition television (Ultra HDTV) featuring a panel resolution of 3,840-by-2,160, which is twice the resolution with four times as many pixels as full 1080p HDTVs. Shipping late-April, the SEIKI 50-inch 4K2K Ultra HDTV (Model: SE50UY04) will be priced at an MSRP of $1,499.99.

The 50-inch model is the first to be introduced by SEIKI to the U.S. market. SEIKI plans to roll out a 65-inch screen size model in 2013. SEIKI 50-inch 4K2K Ultra HDTV will be available through select authorized retailers including Amazon.com and QVC.

"The introduction of Ultra HDTV is perhaps the biggest news since the first arrival of HDTV, and SEIKI is leading the charge to make the next generation of high-definition entertainment attainable for today's television buyers at an affordable price," said Frank Kendzora, executive vice president at SEIKI. "The SEIKI 4K2K picture quality is stunning with clarity and vivid colors that far surpasses conventional HDTVs. At the SEIKI price point, today's TV buyers can future-proof their next purchase with the latest Ultra HDTV technology, enjoy current high-definition video content, and be ready to experience 4K content as it becomes available in the near future."

For all of its Ultra HDTV and HDTV models, SEIKI offers the industry's first one-year, no-nonsense, replacement warranty through its U.S.-based technical support at (855) MY-SEIKI.

In this article: 4k, amazon, hdpostcross, hdpostmini, minipost, qvc, seiki, television, tigerdirect, tv, ultrahd
All products recommended by Engadget are selected by our editorial team, independent of our parent company. Some of our stories include affiliate links. If you buy something through one of these links, we may earn an affiliate commission.