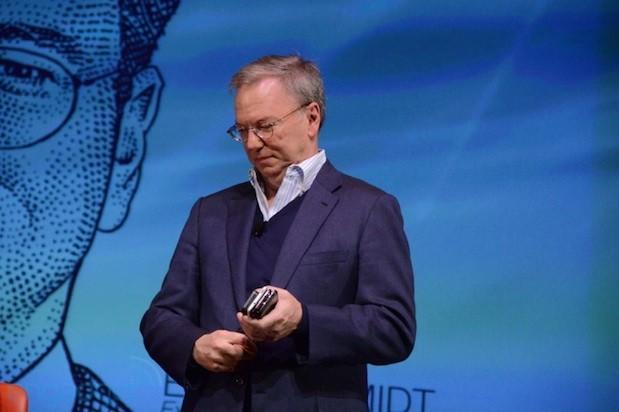 There's a Google exec speaking at a tech conference, and that means one thing: more Android statistics. At Dive Into Mobile today, Executive Chairman Eric Schmidt confirmed that the company is now seeing 1.5 million Android activations per day, which is up from 1.3 million per day last fall and 1.4 million as of last month (seemingly an uptick after a short period of slower growth). Schmidt also says that the company remains on track for one billion total devices by the end of the year, which would be a sizeable increase from the 750 million that CEO Larry Page confirmed in his most recent statement last month. Schmidt further notes that the key to that future growth -- or reaching the "next five billion people looking to get connected," as he puts it -- will be the $100 price point, something he suggests they'll quickly get to.

In this article: activations, android, diveintomobile, diveintomobile2013, dmobile2013, ericschmidt, google, mobilepostcross
All products recommended by Engadget are selected by our editorial team, independent of our parent company. Some of our stories include affiliate links. If you buy something through one of these links, we may earn an affiliate commission.