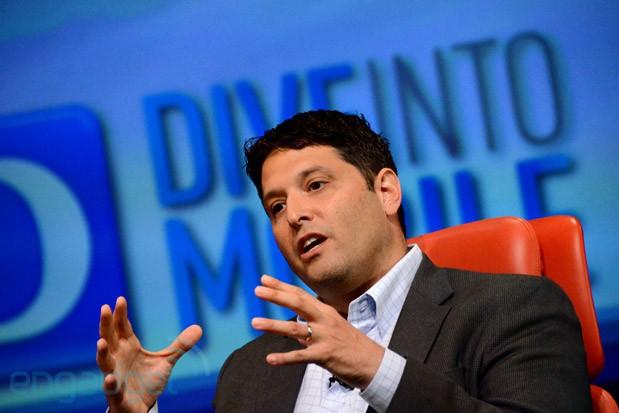 Terry Myerson, who took over as corporate vice president of Microsoft's Windows Phone division following Andy Lees' departure in 2011, is helping to kick off the second day of D: Dive Into Mobile here in New York City. Right out of the gate, host Ina Fried asked where Windows Phone is seeing the most success. The response?

"When you think about the world, there are markets where operators are subsidizing phones, and then there are markets where they aren't. We're seeing the most success in markets where operators are not subsidizing the phone. What happens in the subsidized market -- the market that Apple and Samsung have chosen to focus on -- is that the best innovation happens in the $650 product that's sold for $200. For us, the momentum we're building is with building a phone we can offer for less than $650 [unsubsidized]. Getting to 20 percent share in Mexico or Poland, that's the opportunity."

Fried asked about the scale of the Windows Phone business, to which Myerson offered:

"We're definitely a global business. We're in a challenger position. We think of Windows Phone as an incredibly well-funded startup. We need to be successful somewhere before we're successful everywhere, so choosing those places is important. We need to go from here and differentiate our offerings -- we have Xbox, we have Office (which is how most people do their work) and are really cultivating that. We're bringing that proposition across."

Fried then got straight to a point that many have been asking. Put simply, why is Windows Phone a tough sell? "Not to be too focused on price," said Myerson, "but one of the biggest opportunities for us is that not everyone can afford a $650 phone. In the US, it seems that every [major] phone is $200, so we're forced to challenge at the same price. That's a playing field that's a little harder."

From there, the conversation turned a bit to apps, Apple and the growth of the overall Windows Phone experience.

"It's a challenge, but if you look at the top 50 apps globally, we've got around 48 of those. There's tremendous innovation happening in apps. We love checking them out and promoting them, and it's exciting to watch them. At the same time, our unique experience comes from the built-in features. With iPhone, I sense that it's running out of steam. With iOS, [Apple] just added a fifth row of icons. Android is... kind of a mess. Look at Samsung -- there's clearly mutiny going on. The only OEM making money off of Android is Samsung."

In closing, Fried asked about Microsoft's intentions for getting more OEMs onboard to actually produce Windows Phone hardware.

"We want the partners that are building Windows Phones to be successful," said Myerson. "We aren't going out and pushing for lots and lots of OEMs. For us, seeing HTC and Nokia successful is most important to us right now. We're focused on making our core partners successful right now." In a nutshell, it seems that Microsoft isn't angling to get more partners onboard until it can prove to them that it'll be worth their while -- of course, how much of that encouragement is coming from the OEMs themselves is something that Myerson obviously isn't up for talking about.

In this article: dmobile2013, interview, microsoft, mobilepostcross, Terry Myerson, TerryMyerson, windows phone, windows phone 8, WindowsPhone, WindowsPhone8
All products recommended by Engadget are selected by our editorial team, independent of our parent company. Some of our stories include affiliate links. If you buy something through one of these links, we may earn an affiliate commission.