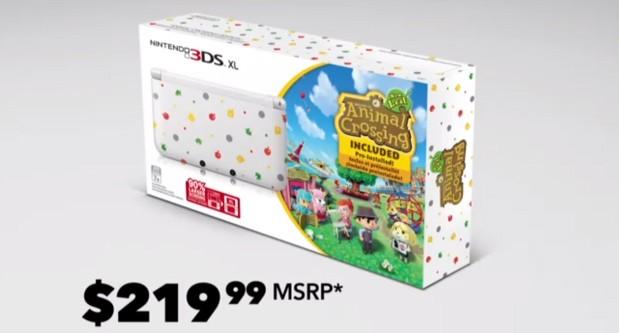 A new Nintendo 3DS XL portable game console is headed to North America and Europe this June (in addition to Japan), and it's got a fancy limited-edition body intended to entice Animal Crossing fans. The $219.99 console bundle includes a digital copy of Animal Crossing: New Leaf -- the upcoming 3DS iteration of the long-running sim series -- and the new white console. For those playing along at home, the game itself costs $34.99 and a new Nintendo 3DS XL costs $199.99, which makes this limited edition bundle a steal all things considered (even without dragons). It's also quite a pretty device, so that certainly doesn't hurt either.

In this article: 3ds, 3dsxl, animalcrossing, animalcrossingnewleaf, nintendo, nintendo3ds, nintendo3dsxl
All products recommended by Engadget are selected by our editorial team, independent of our parent company. Some of our stories include affiliate links. If you buy something through one of these links, we may earn an affiliate commission.