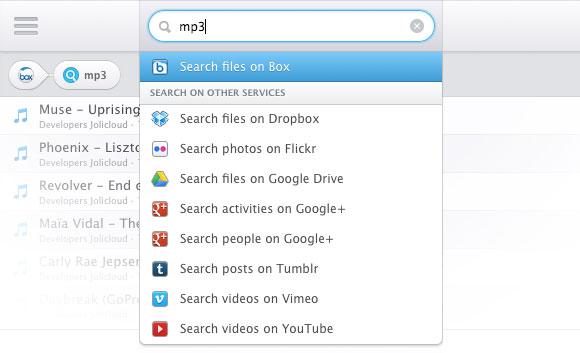 Jolicloud's missions have been many over the years, from its initial open-source Joli OS ambitions to its brief stint as netbook manufacturer and now an identity as a cloud-based services aggregator. But one thing's remained consistent for the Paris-based outfit: a willingness to listen to user feedback. This is what prompted Jolicloud to once again update Jolidrive, a dashboard for third-party cloud apps, with search. As you can see from the image above, users will now be able to index any of the cloud-based apps they've integrated into their "dashboard," making the service a truly convenient multimedia hub. This updated search functionality is just the latest in a string of tweaks (e.g., the ability to share and like) Jolicloud's been rolling out to improve its cloud drive in recent weeks -- all thanks to the clamoring of users like you.

In this article: cloud, CloudServices, jolicloud, jolidrive, search
All products recommended by Engadget are selected by our editorial team, independent of our parent company. Some of our stories include affiliate links. If you buy something through one of these links, we may earn an affiliate commission.