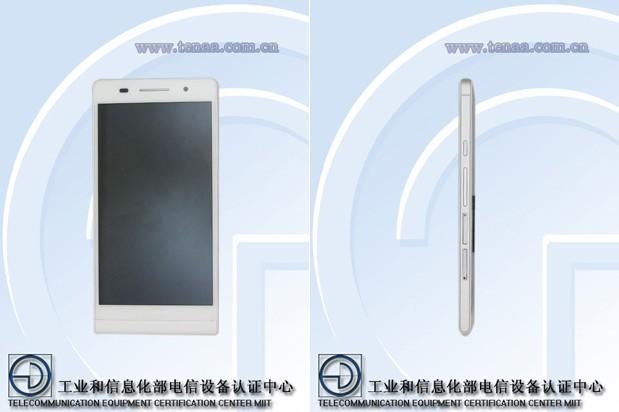 The FCC isn't the only agency playing with devices we don't even know exist: its Chinese equivalent has recently had some hands-on time with an unknown Huawei smartphone, codenamed the P6-U06. Luckily, there are a few pics and specs to accompany the filing, which tell us it weighs 120g (4.2 ounces) and measures 132.6 x 65.5 x 6.18mm (5.2 x 2.6 x 0.2 inches), meaning it could be the super-slim P series handset a Huawei exec hinted at in January. It didn't materialize at MWC, but the same executive promised more was to come in 2013, possibly starting with this P6-U06.

Those dimensions house a 4.7-inch TFT screen at 720p resolution, quad-core 1.5GHz processor, 2GB RAM, an 8-megapixel camera on the back and an unusually large 5-megapixel sensor in the shooter up front. Unsurprisingly, Android 4.1.2 Jelly Bean is listed as the OS, while GSM / WCDMA radios suggest Asia as the target market (not to mention the Chinese certification). That's all we've got on the P6-U06 for now, but in lieu of official press shots, the handset strikes a couple more candid poses after the break.

In this article: android, certification, china, googleandroid, huawei, huaweip6-u06, mobilepostcross, p6-u06, smartphone, tenaa
All products recommended by Engadget are selected by our editorial team, independent of our parent company. Some of our stories include affiliate links. If you buy something through one of these links, we may earn an affiliate commission.